I’m halfway through my last-minute Zinequest campaign, a zine of SJ style space adventure for OSR systems with streamlined rules and some playful mechanics.

I love the original but never really enjoyed playing it, so I figured I’d try and make the version I always wanted. 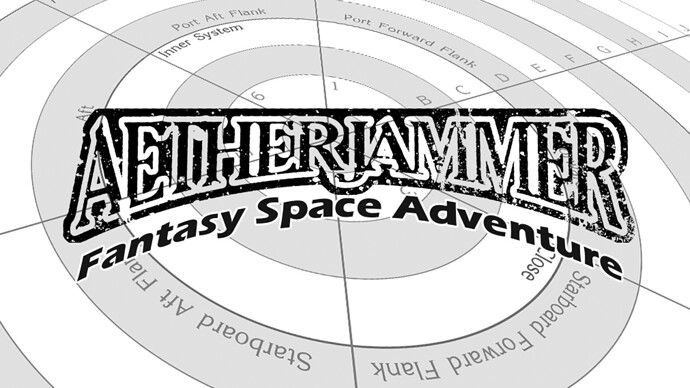 A guide to incorporating interplanetary exploration and space combat into your OSR campaigns.

You might also enjoy this update I posted today, a table of dubious individuals to who might be found among a ship’s crew:

1. Polyp & Pedigree - An unsavoury pair of twins, former (or current) pirates, “the cur Polyp, and the refined Pedigree.” Despite these affectations they are identical and both equally sketchy. Both speak in expansive and mockingly formal tones interspersed with base vulgarity.

2. William Lee - The proverbial drunken sailor, or opiated sailor depending on what he can lay his hands on. Insouciant to a fault, but capable of terrible violence when faced with deserving targets such as slavers. Keen on freedom. Will expound at length on bizarre theories with absolute conviction and minimal accuracy, two phrases which also describe his fighting style - give him a ranged weapon at your own risk, he will fire into melee.

3. Former Commander Sutherland - Another drunk, a disgraced Cathidorian naval officer discharged after losing his ship in pursuit of a fugitive from the crown. Still wears his filthy and threadbare blue officer’s coat. Loyal to his new crew and dependable when sober, but what will he do if an opportunity to regain his position presents itself?

4. Nutcracker - Ship’s parrot. Despite what his name might suggest, he’s been trained to go for the eyes. Makes a terrible racket in the presence of intruders, and is skilled at distracting foes for his rogueish previous owner to sneak attack.

5. Durthe - Kindly middle-aged goblin. She cooks, she sews (while muttering to herself), she cleans, and she knows two-thirds of one spell. She likes the dark and lurking in corners to listen to gossip. Not much good in a fight, but if the ship is taken by enemies she’ll be the last one free, crawling around the hidden spaces, untying her crewmates, and engaging in sabotage.

6. Abbey May - A young, fresh-faced, eager junior officer, looking for adventure and to see the world. Capable but inexperienced. Learns quickly. Best kept away from #1 through #3 to prevent teasing and the acquisition of bad habits.

7. Ssalaakh - A lizard man castaway rescued from a barren rock. Stoic and taciturn. Fearsome in combat and competent at his duties, but how did he end up marooned? Ssalaakh isn’t telling. Writes extensively in a journal with a lock. An excellent lookout, he’s most comfortable alone in the crow’s nest, and few details escape his keen yellow eyes.

8. Old Man Maldoon - An aged, one-eyed dwarf carpenter. Gruff yet wise, he always has time to share stories and listen to the problems of the crew - as long as they take the time to appreciate his work and pass him tools and nails when he asks for them.

9. Master Bartholomew of Caprivia - A novice wizard, young and clean-shaven, not terribly good at magic. Claims to be the son of the Duke of Caprivia, but as far as anyone knows, no such place exists.

10. Aster von Beltham - A burly man with a handlebar moustache. As ship’s quartermaster, he’s solid and dependable both in his role and as a friend. Good at keeping secrets and giving level-headed advice.

11. Lamina Elsero - Elven master sailor. Cool, calculating, collected. Carries out her duties immediately and efficiently. Low tolerance for tomfoolery. Best kept away from #1 through #3, for their sake. Rumours say she’s a necromancer - ridiculous, of course, but there must be some reason she’s not with the elven navy.

12. Velena - Ice mage from a frozen world. Owns a big, opulent fur coat, and no surname she’ll admit to. Can cast Cone of Cold but will only do so if she can’t avoid it. She’s vague about her past and more powerful than she wants to let on, so what is she hiding? And what is she running from?