Earlier this year, I made a handful of posts writing rules for an underwater campaign setting, Point Nemo, which Anne of DIYandDragons has helpfully looked over. The last mention of the setting on the blog was over six months ago, when I announced a playtest and a roadmap for the product, and talked about getting the zine out by Q3 2020.

Which given current circumstances is more than a bit embarrassing. That playtest never got off the ground, and looking back on it now I can say that it wasn’t very well thought out. I had rules, but barely any content with which to playtest them. In addition, the whole thing was GLOG-based, which limited the possible pool of participants of the playtest, and which would limit the end product as well.

Add to all that the fact that I have never before published a product, or made a competent dungeon. In retrospect, the zine was much further outside my abilities than I had thought. Ignorance is bliss. 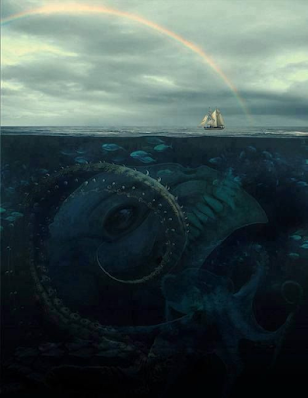 Point Nemo is still around, and I fully expect to one day publish it, but it will not be soon. I figure I need to publish a decent product, something simple like a dungeon, before moving on to creating settings and rules.

I also plan to update the draft rules for use with OSE/S&W rather than GLOG. They’re mostly the same, except that GLOG has a big focus on attribute tests, which really don’t show up elsewhere.

In the meantime, I want to take a moment to more thoroughly describe what a Point Nemo setting/campaign would look like, which I don’t think I ever really pinned down. 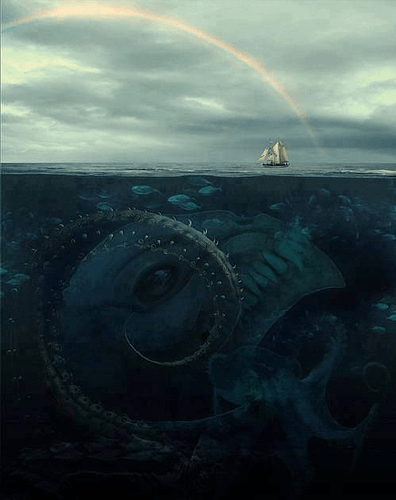 Earlier this year, I made a handful of posts writing rules for an underwater campaign setting, Point Nemo, which Anne of DIYandDragons has ...

I 100% get where you’re coming from. There have been so many times where I’ve had these lofty goals and for one reason or another, they fell through. it can be really hard to maintain the momentum and excitement you had early on, especially when things don’t quite work out the way you hoped, and then it can be embarrassing and discouraging.

I’ll go on a dime from “this is such a cool and unique thing I’m making and I’m really excited and happy about it” to “this is nothing, it’s never going to be anything, even if it can become something, nobody will care, you should be embarrassed for even trying”. It’s tough, there’s no best way around it…

I dunno, I find that the longer I go and the more stuff I put out there, it’s worth it. It’s worth it both because in itself it is something I value doing, but also because, even if it takes longer than I thought it would, or takes on a different form or a different scope, I do see that progress gets made. Sometimes that means giving up on certain things, being willing to start over or take it in a different direction or approach it differently, facing hard truths, rethinking what it means to me and what I want it to be, but then there are those moments of satisfaction where that effort pays off.

So… this was a bit self-indulgent, and maybe just an excuse for me to vent about my own feelings, but I do genuinely find it helpful to commiserate when I see others who have those feelings as well, and to the extent that I can, I try to be encouraging and communal and all of that, so I hope this is marginally helpful.

DIY & Dragons is a big deal and Anne is awesome, and again maybe it’s a bit self-indulgent for me to say (I’m the Maximum Recursion Depth guy), but I think your work getting a shout out from Anne is kind of a big deal ;).

Good luck, I hope you’re able to make progress on this and other things.

I mean, responding to a self-indulgent blog post with a much shorter self-indulgent comment ain’t exactly a mortal sin, and it’s nice to hear it’s not just me. I’m definitely not stopping on that project, just getting some experience. The roadmap right now is to finish the dungeon I’m writing on the blog, playtest it, share the docs to other playtesters, then publish that as a product, and reevaluate whether or not it’s in my reach. Anne is good people, and I’ve had the good fortune to get a few links from her in the past.