I didn’t finish the challenge the first time, however I am going to restart it shortly. I’ve also started a new dm notebook binder that is proving helpful. This time around I’m going to try not to fast track.

My ADHD always makes me not complete projects or restart them because they are not right. The only thing is that I just kioboshed a game because I was not as prepared as I wanted to be. Homebrewing something will make it easier for the next time I run a game.

If you didn’t do the challenge or want to do it again here’s the link. 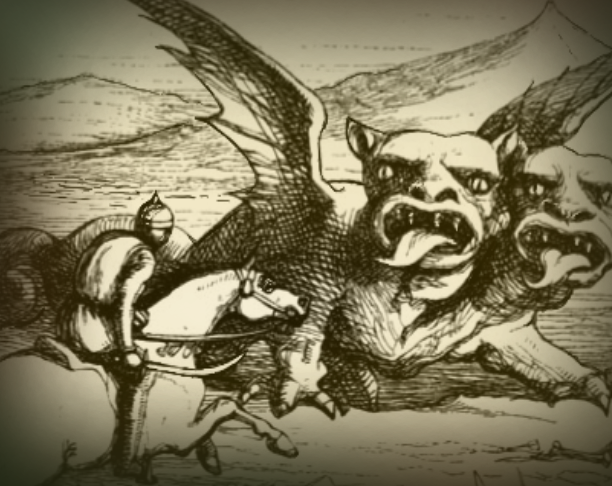 A workbook for building an RPG campaign setting in 5 weeks.

I’m partial to taking a run at the Gygax 75 challenge again myself. Keeping the creative juices flowing can really help in the long run as someone with ADHD.

I’m split between a couple of different ideas right now so I might skuttle myself on the simple merit of not deciding and focusing on an idea.

Hope to hear about whatever you end up making!

My initial idea is basically Witcher. I don’t want to be the guy that reads ahead but I might start with the town. ADHD kills consistency for me. I get 6 games in and want a reset lol.

That’s fair, last night I decided to simply return to an old setting that I had worked on from like 5 years ago.

What ideas do you have rolling for the town?

Town wise, it’s a larger town on the outskirts. Close by is a tower for the guards of the border. The current province is very oppressive. There’s one religion. No magic allowed and when found magic users are shipped off to the capital for a life of service to the thrown. North of the town and guard tower is a river. Beyond is a land that went thru an apocalypse. The former population has dwindled from a war. They are likely magical elves or something.

This is what I have made so far after this and last night’s milling, I might retread some of this and refocus later this week and on the weekend. Also, this is more geared to 5e, but I am partial to do some Race-as-Class homebrewing so all the draconics can be usable and help drive the feel and focus in either OSE or B/X, but that is a later sort of project.

Sabaku no doragon is a setting where the primary player races are the Draconics: Dragonborn, Kobolds, Dragon Fera, Firebrand and the Dragons themselves.

Passing through magical portals and facing the horrors of the Ethereal, the fleet of ships discovered a plane void of threats upon initial glance and scouting. What they discover is an ancient plane of reality where it is both reality’s crossroads and it’s dumping ground.

Now 300 years after landing upon their new world, they have begun pressing out into the wilderness beyond the small river basin they had settled in.

Link to Mood Board: https://pin.it/eQpPHGL

The Mood Board is kind of thrown together, but in my mind, the world has a Bronze Age/John Carter of Mars kind of feel. Deserts and mild seas with characters adventuring in Bronze Gear and battling in places seemingly ripped from ancient antiquity.

The different Races are also showcased in the Mood Board as well, though this will likely be tweaked a little bit as I find more stuff.

This is great. Those mood boards help, I found I would go back and look at it when I got stuck. I’m still working on my pitch. I love me some John carter. I think my world is going to be very much winter. Mostly because I am in the middle of Canada lol. I decided to not complete my main map. I’m going to leave some of it blank so I can fill it in later. One thing I’m going to put it in is a mountain range and a hidden valley. One of my problems the first go round was not picking a ruleset. This time around I’m using bx. I had thought of using troika or bx the first time and I got into analyzing too much.

One thing I added the first time around was the Jeff reints 20 campaign questions.

I’m still milling on my pitch; I think my word vomit/tone-setter is mudding my mind right now though. I’ll have to look into Jeff Reint’s 20 campaign Questions, those might help me in the future.

Map wise, I have in the back of my head to just stick with an 8-hex wide by 10-hex tall map with an 18-to-24-miles scale (1 hex traveled per day). Big enough that I could have a decent spread of land for the game, but I can zoom the game in and out a bit with smaller areas within hexes if need be. I was thinking the map sector to be mostly open wilderness with a couple of towns and roads connecting them and leaving the rest open for exploration.

This 8 by 10 hex map is something I’ve ripped from Stars without Number and Traveller, since it’s a perfect size to do small regions for me and makes planning easier since I only need to focus on one small space.

The ruleset is more of a footnote in my mind to keep me from running too far into the weeds, but also so if I need to homebrew something, I can easily get a couple of ideas down. Big thing is just to have the base assumptions in mind for the possible ruleset.

I ended up going with small hexes, 24 by 18. Scale is
is one mile per. I may end up not actually completing the map. Leaving some of it for later. Fill in as I go. I think a similar thought process. The whole
whole idea is to write reasonably quickly. Ill
I’ll post my stuff here as I go. Almost done the pitches.

Pitch.
*the dree (druids) have seen dark omens. They fear the return of the horde.
*the people of straybal are celtic\viking albeit more civilized. Each hold is ruled individually. They follow ancient traditions
*magic is light and dark. Light (clerics) is nature influenced. Practiced by druids or dree. Dark is elemental practiced by sorcerers who are shunned.
*years ago the people of straybal fought off the hordes. There remains a guard tower near the river always watching. It is forbidden to cross it.
*no elves, dwarves or halflings…they died out years ago and are mostly fairy tales now.
*grimdark setting, low magic. People eek out a living in the harsh climate.

Worked on the Map locations for Week 2. Been chipping away at it, but have kind of been yanked away by life when wanting to work on this. I’ll be chipping away at an Encounter Table this weekend, likely I’ll be leaning into the Bronze Age for general inspiration and what I have down in my bibliography.

The Central Village for this region, Fort Dracon is home to the Draconics who have moved into this region and began setting up their new home.

One of the Old Peoples of the plane, the Hill Giant Stead is the central place for Hill Giants and the kin that follow them around. They eye the Draconics of Fort Dracon with suspicious hunger.

Cousins to the Dragon Fera, the Fera of Fera Fort are one of the Old Peoples who have appeared on the Plane. Some were only a couple of hundred years before the Draconics arrived, some have been here for thousands of years.

The Burning Mount is an ancient Volcano that could be seen for hundreds of miles around. It has recently become active again, plumes of smoke roll up into the sky from it’s steep slopes.

The Ruined Valley is a strange scar that marrs the mountains connected to the Burning Mountain. Obscured in mist, Treasure Hunters have returned with small handfuls of Gold Coins.

Nestled in the hills close to Fort Dracon sits an ancient and weathered Temple complex that sprawls out for several miles. Explorers have performed mild expeditions into the Complex and has found it to be worth going into.