I made a thing! ROGUELAND - coming soon!

Hey everyone!
So I’ve spent this crazy pandemic season working on a zine to officially document the game that I’ve evolved over time playing with friends, called ROGUELAND. It’s a hacked version of my favorite game, Knave, with changes to character creation and advancement, the way magic works, exploration rules, among other things. I’m closing in on completion, and I expect to be done and ready to release in the coming months. The majority of the interior art is being done by our good friend @LF_OSR, with a few other artists to be named soon.

I’ll be distributing the zine in both digital and print formats, so if you’re interested and would like to be notified when it gets released, head over to https://www.cavernsofheresy.com and sign up to be notified. Thanks! 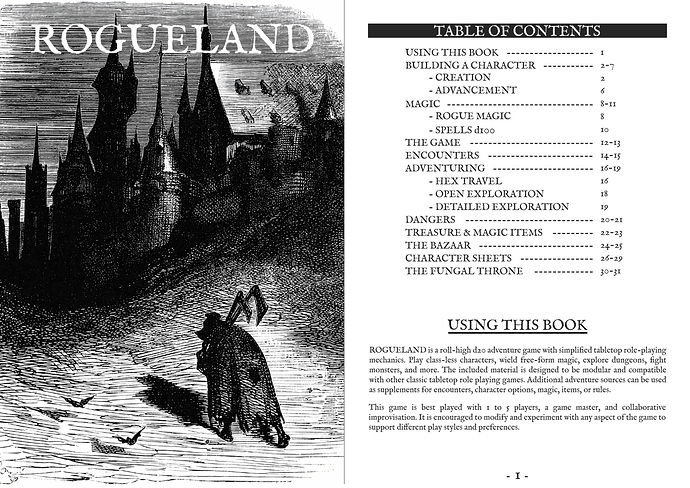 Looks lovely! All the best with the release.

So damn excited to be apart of this! You guys are gunna love some of the stuff @cavernsofheresy has thought up for this hack.

Yeah this looks rad. Can’t wait to see more on this!