Is There a Redwall RPG?

Is there an RPG (OSR or not) that is written for Redwall?

Brian Jaques novels were a favorite of mine as a child. I’m not sure if anything has been licensed for use in that world but it seems like it would be a great idea to me.

I don’t know of an official RPG for that setting. That being said, do you know about the recent OSR RPG “Mausritter”? Could get you there with some tweaking. Outside the OSR sphere, there’s also the Mouse Guard RPG.

In a pinch, I’d use the Redwall setting, and just re-skin whatever simple RPG system you already like.

I have Mausritter but it’s not really very Redwall-ey - for example, magic isn’t really a thing in the world of Redwall, there are different species outside of mice like voles, badgers, otters, etc. (race as class?), and whereas Mausritter’s stated goal is to seem very small in a large world and this plays a part in Redwall, many things in the novels are built to an anthropomorphized scale - for example the abbeys and things like that.

Mouse Guard I’m not familiar with but a cursory look seems like it’s out of print physically and is based on the Mouse Guard comics rather than Redwall, but may be worth a deeper look - can you explain the differences between these two settings for me?

As far as tweaking I could take any rules-lite system and shove mice in it but that would be an endeavor and I’m looking for something more tailored (if it exists).

Some months ago there was a discussion on the OSR Discord server about a Redwall game (in fact, there were a lot of those). Xenophon of Athens wrote a bunch of GLOG classes for a Redwall game, but I don’t think there is any finished hack.

Personally, I’d go for The Black Hack instead of GLOG because I feel like the GLOG is better suited for settings in which multiclassing makes sense.

EDIT: I’ve also found out, from the depths of my browser history, another take spawned by the same discussion on Discord, this time by Deus ex parabola 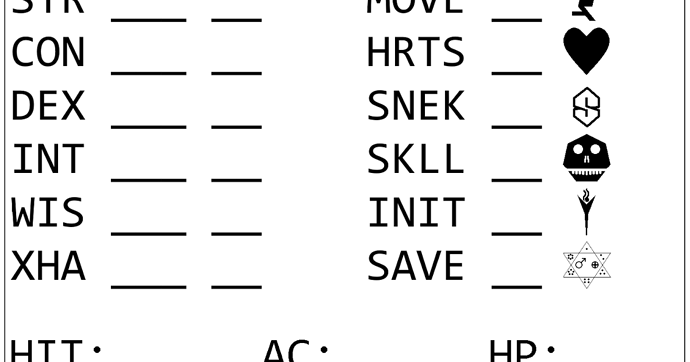 Notes for a Redwall Campaign

"For whenever mention was made of the Spartans among these men, not one of them could hide that he would gladly eat them raw."

And playtested by The Bizantine: 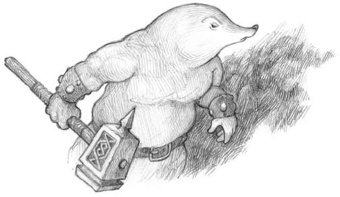 Deus ex Parabola, of the Numbers Aren't Real blog, is currently running a playtest for a Redwall -based GLOG game. Set in what was describe...

This is good stuff, thanks TKIY. I like these different takes they’ve come up with, especially the Race as Class options with limits on the STR and CON for allowing you to pick different options.

Sounds like there’s a lot of hacked stuff but nothing compiled already.

Is there an RPG (OSR or not) that is written for Redwall?

There isn’t a licensed one, but JV West (of Black Pudding fame) has RABBITS & RANGERS and LIZARDS VS WIZARDS and both are available for free now. The former is almost exactly what you’re asking for, the latter is Cheech Wizard/Fritz the Cat/Ralph Bakshi’s WIZARDS styled underground comix science-fantasy.

Thanks, but after reviewing the materials I think what @thekernelinyellow provided was a bit closer to what I was looking for.

If there are any other suggestions I’d love to hear them!

The closest I have seen a Redwall RPG was the Pugmire System developed by Onyx Path Publishing. It’s centered around Dogs and Cats, but has started to pull in other pet type animals (the engine is a hybrid of 5e with some 3.x era customization). Mouse guard is close second to Redwall, but I have not played it.

Interestingly enough I saw Pugmire and it’s what made me wonder if a Redwall system/setting had been created.

Off the top of my head, the player races include; Dogs (in the core rule book), Cats (seen in an expansion), and hopefully they will be able to add Birds and Lizards in an upcoming Pirate themed book.

The enemies (monsters) include anything from Robots, Unseen (Demons), Raccoons, Possums, Rats, Mice, etc. If anything else and removing the mythology of all the thinking animals are uplifted animals from a human society that disappeared in ages pass, it’s likely the closest you’ll get to a Redwall rule-set.

Do the enemies level up? I ask because the enemies you listed are who the primary characters of Redwall would be.

Dogs are completely absent from the Redwall setting and Cats are rarely used and evil in nature.

You can find more details of the species of Redwall here.

Though not set in the Redwall universe, Root might fit the bill in terms of theme. Woodland creatures, advanced architecture, etc. However, I’m pretty sure it’s not an OSR game so

I love the artwork shown. It does seem to be almost a perfect thematic fit.

I have no experience with Powered by the Apocalypse but have heard of it before, any details? Too crunchy? Fun?

Pugmire is based off of 5e and many of the creatures outside of Dogs and Cats are basically monsters with their own fleshed out stat blocks and locked into certain levels. I kind of wish they went with a minimalist OSR approach to their stat blocks so it’s easier to scale them for different encounters and the like.

PbtA means basically all and nothing. There are some games which are really low on crunch and extremely fun to play (like Freebooters on the Frontier, which is an OSR-inspired PbtA) and others which are more disfunctional and an all around disappointment.

In general, they are narrative games, so they might not be what a tipical OSR player is looking for, but many of them are really fun.

I’ve only played (well game-mastered) two PBtA games; ‘Dungeon World’ and ‘Scum and Villainy’ (this game fulls under Forged in the Dark, FitD, an evolution of the PBtA structure), but I’ve read a handful of others.

PBtA games are pretty light, which is something I really like so that’s a plus for me. However, PBtA games offer almost completely different experiences from OSR games and newer DnD/Pathfinder type games. The cool part of PBtA is how the system pushes forward a narrative from basically no prep. All rolls are player facing, and no matter what happens the system will cause something dramatic to happen. PBtA games also have a laser focus on emulating a particular genre, the best PBtA games imo are the ones that design every aspect around its theme.

If you’re on the hunt for something a little different, I highly recommend PBtA. I’d recommend reading some PBtA systems even if you don’t intend on playing just cause they’re really different.

Phew that was a lot of abbreviations

A game that may fit the bill, even though it was written for Mouse Guard by Brian Peterson is Mouse Guard RPG by Luke Crane/Burning Wheel
Seems like it may be able to fit the bill.
hope that it helps.
https://www.mouseguard.net/book/role-playing-game/

Mausritter is the closest one that comes to mind. It’s an Into the Odd hack IIRC.

Core rules only have Mice as playable characters but there is a pretty active Discord server that has a lot of homebrew resources.