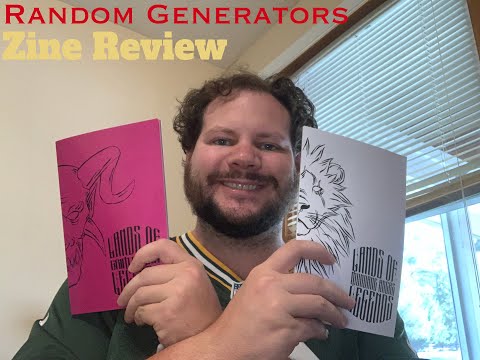 Few things are as helpful to the Game Master as random generators. There’s a lot to do while you control a game: interact with players, roll dice, track hit points and armor classes, role play, decide whether the players live or die - it’s a lot of fun. What’s not fun is a stale game. Whether a GM means to or not, even those with the greatest imaginations can fall into redundancy and lethargy. Not everything you come up with, try as hard as we might to believe it, will be golden. If there’s one piece of advice this reviewer can offer it is this: embrace randomness. Random generation can elevate your game as long as it’s used in the proper way. Think of it not as a crutch to lean on to populate your game world with, but instead as a launch pad to ignite your own internal creativity. Like an improv comic shouting out to the crowd requesting a location or theme, a random table is a tool to spark what you already had within you, to pull you out of a rut and give you a segue into something meaningful for your players. The best part is - even you don’t know what’s going to happen next.

This brings me to Lands of Legends, a series of random generation booklets that gives both random areas, and encounters to populate them with, in a unique and, frankly speaking, really cool format. Today we’re looking at both the “Grim” and “Mundane” variants of the series.

The booklets are your standard print on demand, DriveThruRPG affair - no printing on the internal covers, decent printing quality, cheap. Nothing to write home about. But, what is cool about this product, is that, while it contains both random areas and encounters, it shows them in a very clever way. You see, each booklet has the areas and encounters separated by a 180 degree vertical flip. You read from left-to-right on both sides, but from both the front, and rear, of each booklet. Quite ingenious, and very fun to use at the table.

While the look and feel of the Lands of Legends series is excellent, the space utilization could use a little work. As mentioned previously, the inside covers are not printed. In addition, each booklet I have here, both Grim, and Mundane, have one blank frontage page, and two blank rear pages that don’t add anything, and the credits page also prevents you from getting right to the meat of the generator, not adding anything besides a page flip before you’re able to start rolling. With the idea of this series to be a fun to use at the table supplement, it seems strange this information wasn’t included on the cover, or somewhere similar, so you could open right away into the tables. Finally, the Open Gaming License is included twice, once coming in front-ways, and once coming in back-ways, rather than only once as would normally be required.

The quality of the content of the booklets varies a bit depending on which entry you’re reading, but overall it’s really imaginative. The punctuation used within is a little weird, but it follows and is consistent with its own style. There are no spelling errors, which is nice, but the use of the hyphen is a tad excessive, which makes some of the entries feel a little disjointed. There are a few typographical errors, such as a missing space after a period in mundane areas: mountains and hills entry #8, a missing space after a comma in mundane areas: wastelands entry #10, a weird font used for the first entry of that same table, the use of the word “deers” instead of the already plural “deer” in mundane encounters: wastelands entry #5, the typeset font not being correct in the title of entry #3 in grim areas: jungles, and the use of the gendered “his” instead of the proper “her” in entry #2 of grim encounters: plains and valleys.

In addition to the errors listed, there are some entries of questionable quality, for example using an antagonist named the “Cobra Kai” (of Karate Kid fame) in mundane areas: civilization #6 and jungles #9, and entry #6 of grim encounters: civilization isn’t really an encounter - it’s a good launchpad, but not something immediately usable.

As far as good content, Lands of Legends is chock full of it. For example, mundane areas: jungles entry #4 -

“This rain forest is crossed by countless rivers, waterfalls, and rapids. Right in the middle of them there are the famous Hornpipe Falls, where an immense mass of water rushes into caves and bursts out from several holes of various sizes, then falling[sic] off a cliff. This phenomenon creates a wonderful sound effect, because the water pipes seem to sound like wind instruments, each with its own note. The noise is so high that in this region everyone is deafened. Predators and natives are accustomed to it and have developed special systems to exploit it, but foreigners might have problems and disadvantages.”

A good mundane encounter is found in the deserts table, entry #2 -

“In the courtyard of an isolated hut an old woman sits spinning a strange fiber. The woman says it is the fleece of a salamander, and that the tissue can protect from fire and heat. The old woman is actually spinning a string of asbestos, but its effects are real and each cloak protects from the sun of the desert and absorbs 5 fire damage per round. The cost of the cloaks is only 10 times that of a normal one, and she has 1d4 for sale.”

Looking at grim encounters and areas, the island location #5 is wonderful -

“To cross this sea, each captain has to make a human sacrifice to the Gods of the Deep, throwing off board a bound and weighted victim. For this reason, the neighboring ports, grim recruiters offer free passages or jobs too well paid on their ships. On occasion, desperate sailors and passengers have agreed for a lottery of death when they accidentally reached these waters. The bodies of all those who were sacrificed in this way since time immemorial, float on the surface and not even barracudas dare eat them. If the sacrifice isn’t performed, the ship will be attacked by a virtually endless army of angry, drowned corpses.”

Two of my favorites are grim encounters. The first, forest entry #4 -

“A warrior in black iron breastplate and a red stole wanders this forest. He is the King of the Wood and attacks with sword and shield anyone he sees. His spell resistance is very high and he rapidly regenerates all wounds, but he is not immortal. The voices of the tree nymphs are always in his mind, telling him to kill anyone, and the same voices talk to the mind of explorers, saying “Kill the King! Become the King!” If someone defeats the King of the Wood, he must then pass a Save vs Spells every day or be forced to take the King’s place and equipment, wandering through the forest until he will be replaced again. This curse can only be lifted by locating the evil tree nymphs and slaying them or forcing them to release their “champion”.”

The Lands of Legends books are easy enough to use, but the font can be a little difficult to read at times. Additionally, the alignment of the text isn’t quite right, it’s a bit too close to the center, and a bit hard to read. Often text is cut off entirely, or caught in the middle of the pages, or even covered up by other text. It’s stylistic, but to the usability’s detriment. Looking at the spine, the covers aren’t quite aligned either, and they’re not quite big enough to include the names of the books, meaning they could get lost on your shelf. Finally, and most damnably, these booklets, as random generators, desperately need page numbers and tables of contents - it’s quite inexcusable that it does not have them, although thankfully the order of the locations are the same from both the front and the back for both booklets.

10 settings - civilization, deserts, forests, fresh waters, jungles, mountains and hills, plains and valleys, seas and islands, swamp and marshes, and wastelands - each with a d10 table gives you 100 locations and 100 encounters per book. $10 a pop seems fair for a pdf of that, but $20 for a print copy may seem steep. In addition to the “Mundane” and “Grim” variants being reviewed here, there are also currently “Fairy”, “Primeval”, and “Holy” variants, and what’s nice is that each appears to expand upon the same 10 settings, so the more you buy the bigger your random table gets.

Overall, the idea here is great, but needs to be cleaned up a little bit. It’s fun to use at the table, but there are a few things that are holding the series back from a higher rating. Hopefully they are addressed on future releases.

Author was provided a copy of these books in the hope he would review it. 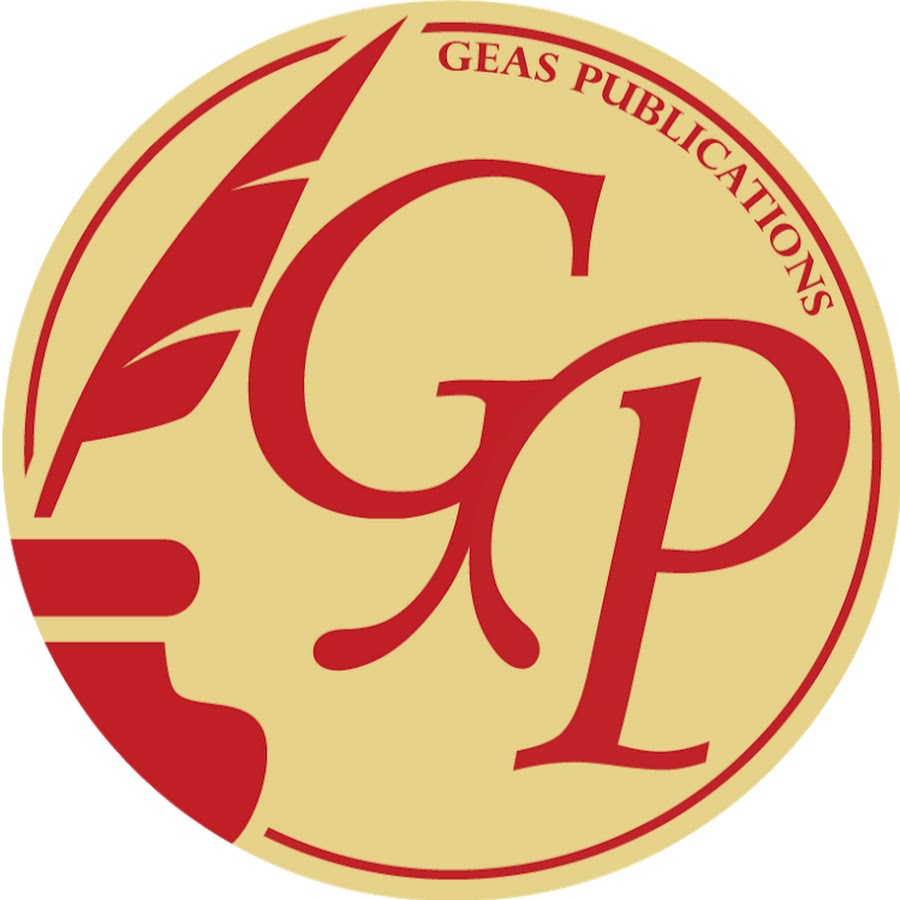 Geas Publications is writing and filming reviews for role-playing games. Focused on Dungeons & Dragons and Old School Renaissance content. All written versions of videos are located on The Pit Discourse forum -...