My NPCs are a Farce and Yours Should Be Too

I’ve been thinking about how I do characterization, at the level of the most common emotions, reactions and tone. I’ll probably collate this into a proper blog post later, but right now I want to hear how you all characterize your NPCs, and what you think.

Long before I had ever run or played an RPG, I was familiar with the pitfalls and cliches. I was, and still am, an addict of the D&D horror story, in the same way others are addicted to crime documentaries.

One common trend in such stories is the complete lack of humor a DM has over their NPCs. They can’t stand their NPCs being ridiculed, or even lightly ribbed, because they’re supposed to be [heroes of destiny/gods in disguise/idealized versions of the DM/their favorite character from another game or medium]. You know what I mean.

I knew this before I ever sat down to run a game, so I was never in danger of falling into that particular pit trap. Instead, there was quite another trend entirely around my NPCs. 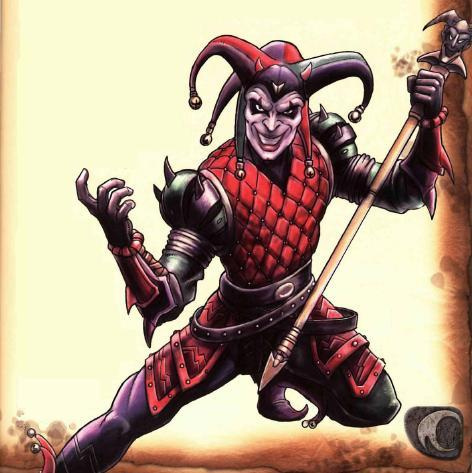 One player in an college game (the better part of a year ago!) observed that my NPCs tended to be assholes (the NPC in question was more of a monster, but the observation was correct). I reflected on this and corrected course a bit, especially coming into my ongoing Castle Xyntillan campaign.

Instead of being straight-up assholes, the NPCs in this campaign are farcical. They’re almost all massive exaggerations of one known trope or another, and I as the DM am not invested in making the players take them seriously.

It fits the tone of the game quite well, which so far has been mostly lighthearted with some more serious moments. Some characters are pretty one-note, appear once and die quickly, like Jerome in the last session, or the fake mummy a few weeks ago. Others get multiple appearances to develop.

James the ghostly butler refuses to address the fact that he is dead, up to having items fall through his hands and excuse himself for being clumsy. The party loves him (except for the thief, who hates him) and even though he hasn’t appeared in months, they still remember and mention him.

Claude, a member of an evil family who’s not too bad himself, is complacent and clueless, spilling family secrets left and right. The party has developed a good rapport with him, and with current events, is quite concerned about him.

Mandrake the hunchback was a vicious little tinkerer, and an absolute coward, right up until the party cut him down. They were very happy to get their hands on him.

In many of these cases, the party has only actually seen the characters once. But they still got development through foreshadowing and by being present in the world. Mandrake ambushed the party a good few times before they actually saw his face, and that was the end of him.

Maltricia the vampiress is haughty and manipulative, but her ego cracked when the party managed to outmaneuver her. She was seen for the first time in session 12, but was a major villain since session 1, when the party learned that she had nearly turned an adventurer from another party. When the party sprung the wedding plot, she surprised them by doubling down on their own plan, while also snubbing them. To date, the party has actually seen her only once, and though they have passed by her lair several times, they’re much to afraid to go inside.

So it is actually possible to have exaggerated, farcical characters which the party can still develop a relationship with, be it friendship or enmity. It’s also possible to scare the living daylights out of the party with such characters.

One example from the campaign is The Beast. He too had a presence from the first session, when the party burned down his rose garden, and the threat of his wrath was used to blackmail the PCs. They spent a lot of the early game trying to avoid him, so that when they had a random encounter with him, they only had to hear his footsteps and smell brimstone in order to run away from a whole section of the castle.

Another example in this vein is Aristide the Patrician, the only known creature in the castle more powerful than The Beast. A lich, the head of the whole family, which the party has never met. But they’ve seen his handiwork left and right. They’ve seen the other members of the family, including the beast, set a chair for him at the wedding. They’ve stolen his grimoire, and found his secret Will. If the party ever does meet him, they’ll meet another farcical character; a senile lich that has absolute contempt for the material world.

Will that stop them from being pants-pissingly scared of the lich? No.

I take all of this to say that NPCs don’t need to take themselves too seriously, and neither should you as the DM, but they should still act like people. The result is that interactions with exaggerated caricatures of people will be treated as real by the players, and it won’t hurt the sense of danger and threat.

I definitely used to have that problem of falling too much in love with my NPCs to a fault, and being unwilling to accept when my players don’t see them the same way I do, but I’ve since gotten over it.

I’ll still come up with some nominal plan for what the NPC is supposed to be like, but if the players respond differently, I almost always just lean into that instead, and it is almost always for the better.

Like one time I created a “rival party” for my group, and my players immediately hated them and saw them as goody-two-shoes, so I just leaned into that rather than my original, more “serious” intentions, and it was so much better that way.

Or I had another NPC recently who was supposed to be a Sailor Moon knockoff, but then my players ended up seeing her as being a really awful person, so again, I decided to just lean into that and make her like a villainous caricature that is still a plausible parody of Sailor Moon, and the end result is a more interesting and unique NPC.

On the flipside, I’ve had several NPCs that I had intended as just one-off bit players, who the party instantly fell in love with, so then I’ll roll with that too. My players encountered a Buddhist Monk who had been reincarnated due to bureaucratic error into a pile of hay in a hay powered cyborg snake train in a Court of Hell modeled after New York’s MTA subway system- he originally had no real purpose other than for this one interaction in this one train car, but then the players made a magical cloth suit for him and now he’s Hay Boy aka Best NPC.

I lean into the traits and it seems to work, some npcs they like and some they don’t and sometimes it varies by character.

I have trouble keeping the npcs apart in my head so this method may help with that but I’m a bit apprehensive to lean too hard on it because then I as a DM wouldn’t believe in the characters as they have no nuance.

I don’t see my NPCs as caricatures, but I definitely do exaggerate their traits - that way it’s easier to remember them both for the players and myself (when I started GMing a good, well, long time ago, I often forgot a particular NPC’s improvised mannerisms after a session or two - this method fixes that issue).

With regards to how my players interact with the NPCs, I treat them as stolen cars - they come, they go, whatever.

for me, characterizing characters, I have found that I need to lean HEAVILY into the trope, emotion or behavior. That I am trying to portray. The villain who is lusting after the crown, can’t only covet the crown at a hidden 4-6 out of 10, it has to be turned all of the way up to 11!

I have the charisma of a stone. My NPCs usually behave like drones, I don’t feel very confortable making voices and acting. I try to compensate that with their names and their looks, adding third-person descriptions of appearances and behaviour, only occasionally acting out or making a quirky voice.

For instance, one of the most memorable games, was when Shelley Duvall appeared as a crazy wizard in my LotFP campaign. See the session 2 write up (it’s brief, I don’t write these thins in detail).

It was so successful that two of my players keep talking about that, and one in his own Vampire game started naming NPCs after famous actors and artists. We just met an FBI agent called Julian Moore (not Julianne), and one PC killed Bob Dylan, a clerk in a hotel.

That Shelley Duvall clip was far creepier than it had any right to be. I hope you did that voice.

Not really a Rainbow fan, to be honest, but that song was very important to me when I was 12, since it was my introduction to heavy metal.