This is one of three maps from a fighting fantasy / “funnel” type book I am currently writing. The map itself is from 1999, but it never got published. Being so, it’s getting published now as a WHITEFRANK dungeon book, basically a “megadungeon” type thing but one where you have a choice of what Attributes you add to your character as you go, rather than just focusing on one type of character or group.

I thought the map might be fun for people to use in their own way. 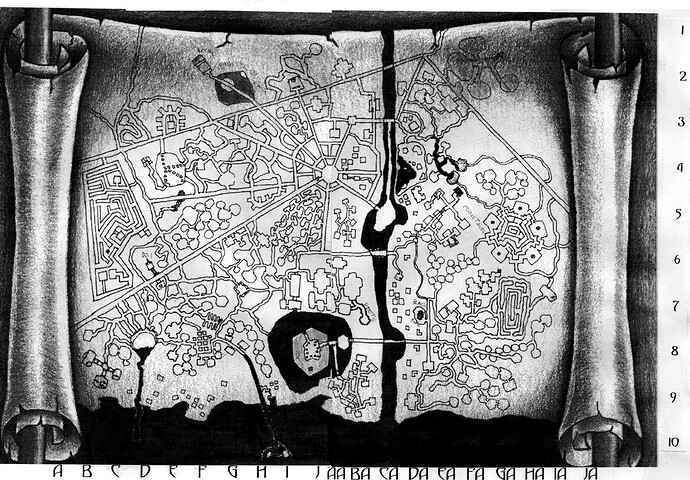