This story fragment is meant as an addendum to my Another Approach to Orcs post, giving an example of what I imagine an orc to be like. It’s not the primary focus, but I think it comes through.

In the southeastern reaches of the continent, where the winds slough off the glaciers and carry storms of ice to shore, there is a mountain the locals call Ar Merosha. It draws up gently from the northern plains, smooth and deceptive in slope, for mile after mile, before culminating in a terrible, squat spire of naked stone. No peak in sight challenges it. Ar Merosha’s ugly face cows them, and the people who dwell in stone-dug apartments sheltered by thick curtains and coats of cowhide, into submission.

The plainspeople migrate to the mountain in spring and emigrate in autumn, like a steady tide splashing the rocks. The apartments are built to house many more than today inhabit the mountain, even at the summer solstice, many more people than live today in the plains beneath Ar Merosha. So they bring everything, their wealth, their animals, their reserves of grain and vegetables to the mountain each spring, and there is no shortage of room. There are stores for the grain and pens for the animals and retreats for the ascetics and great open caverns for the young men and women of the plains who dance raucously to the fiddle and wrestle under the noonday sun and marry each other where the mountain is blind to their joy, and there are new homes for them and their families too. There are aeries for the gold-breasted thrush, which follows the plainspeople in their migration and which they believe is lucky, and there are nooks for the pale-faced eagle, which does the same and is not. There are even wind-blasted caverns inhabited by the orcs, which the plainspeople are always careful to keep out but which make it inside nevertheless.

All these leave the mountain when the plains below turn golden and needles of ice coat the roads in the morning. They take with them the bounty and plenty of the solstice, and the stone apartments sit nearly empty again. Only a rare few remain, to guard the upper passes and conduct the rites of the winter solstice. It is a formality, they know. Nobody travels the upper passes, which lead only to Ar Merosha and so lead not only to a dishonorable death, but a stupid one; and few today believe that the rites are necessary. Whatever dwells about the mountain has no interest in descending from its perch, and knows it would not be welcome if it did.

These few gather all together on the night on the winter solstice, and stay up till sunrise, then sleep clear past lunchtime. Only a handful are needed to fill the old posts: one to guard the pass up, one to guard the way down, and some earnest and hardy folk to keep safe the elders. Only, this year would be different, and there were three reasons why. 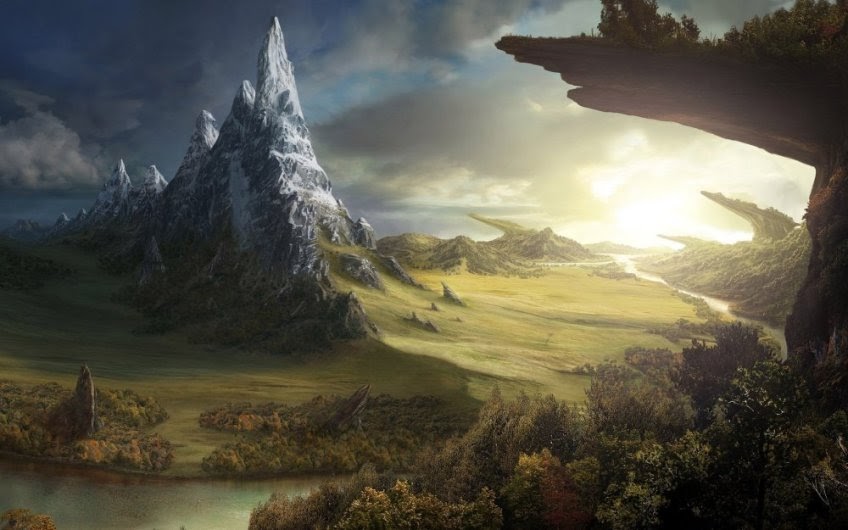 This story fragment is meant as an addendum to my Another Approach to Orcs post, giving an example of what I imagine an orc to be like. It'...