Temple of the Cats (Review) 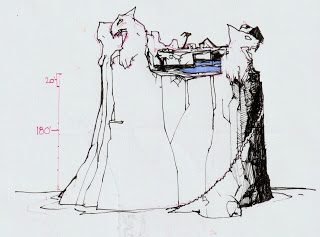 Recently I found a blog/store and as a new and enthusiastic game master I immediately purchased this adventure. I’ve ran it twice so far with two different groups. The first being all new players and the second comprised of experienced lotfp adventurers. In the first group one player killed three (all clerics) of his own characters. The second spent two sessions sinking their fangs in. I will keep things spoiler free.

The map is hand drawn and plotted so it’s easy to run. Each room is diverse and includes interesting challenges along the way. There was plenty of loot to be found but personally I loved the new spell that was included most.

It’s an attention grabber. It brought five new players into two sessions. Soon to be three. Plus If you don’t spill your beans you can see if anyone figures out who they are actually dealing with.

I think it’s a great little dungeon to spark off a campaign (which is how I’ve been using it so far) or a fun one off when needed.

To anyone thinking of checking this out for themselves I see many impressive animals in your future.

Keep in mind when you visit this island… “Bad luck to kill a sea bird.”

It was written by Zak Smith (Vornheim ,Red & Pleasant Land, and Maze of the Blue Medusa)

I was wondering if this would be more than just a novelty and it sounds like it is. If you don’t mind spilling the beans what was the spell?

Want to find out Friday in game?

thank you! I might be going to a lake on friday if it isn’t crowded but if I am not I’ll contact you

And welcome to the Pit!

Thank you! It’s great so far. Loving the lay out.

Hey, since you’re new to the OSR, I thought I might share some information with you. Do with it what you will. 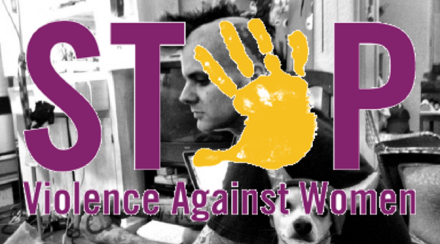 In the past, I’ve written about the OSR as well as those discussing “edgelords” in tabletop role-playing games. In my articles, I glossed over controversial individuals and the problems surrounding…

No offence but I think it is a little misleading to just call a blogger’s claims and opinions about a dev “information”, especially in delicate situation.

Hello everybody, this is your friendly admin checking in for a post I really hoped not to need making.

Now, Zak S is an extremely sensitive topic in the OSR community. I won’t recap all the controversies he has been involved in, and how many people accused him of what (@yochaigal’s link makes a pretty good job of summarizing it). He has been banned from most online communities (the discord server where this forum started up, for example) and real life events. You could say he is a persona non grata in the OSR circles.

Me and @Kingroy23 have been discussing the issue since day 0 but haven’t reached a solution yet - and this thread pretty much shows that I was wrong in advocating for taking more time. I’m locking this specific thread until Kingroy is available to discuss the issue and find a more satisfying solution for everybody involved.

Thank everybody for your patience. This thread lead to a rule update which you can (should) read here. Please keep, from now on, this thread only on the topic of the content, not the creator.

Anyone interesting in getting through the dungeon?

I’d like to but my games are on Fridays

Let me know when you’re free. We will get a game. There’s a lot of interest.

Cool, PM me the details

This is not a big deal, but there is the “Looking for Group” category, which might help you in finding players (if you want, I can split this topic and make a parallel thread in that category).

Sounds dope! I got some guys looking for this Wednesday

Thanks for the game @bullshark was fun! It’s a neat little dungeon, lots of wacky characters.