I’m homebrewing a campaign setting based on the Mediterranean cultures. It’s a work in progress, developing simultaniously to being run. Also, it’s by no means an expertly researched, but rather a world simply inspired by what I see around me (I live in a mediterranean country).

I’m starting with a high concept overall but I’m following with small steps and tidbits, some of which I’ll share here.

Feel free to comment, propose ideas, and use anything you find here as inspiration for your own home games. 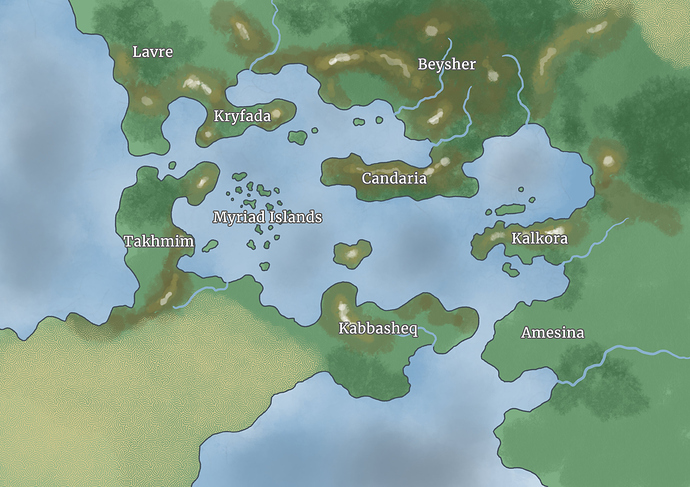 Really cool - I think this is a great approach. Excited to see what you think of!

Great start with the map. It looks really balanced, prime for a sandbox campaign!

In the beginning of Time, the world was desolate and deserted, and in it dwelt the Minotaurs. They took care of the mostly barren land dilligently and with love, so the gods decided to award them. They gave them the warm Sun and the fruitful Sea. And the Minotaurs were thankful.

With time, other peoples migrated to the fertile and beautiful lands of the Great Blue Sea, and they developed their own rich cultures. And they saw the Minotaurs as their rulers.

But the Minotaurs did not want to rule and felt increasingly uncomfortable in a world they considered crowded. One day, they all suddenly dissapeared. No one knows where they went.
Many millenia passed since the departure of the Minotaurs. The other cultures remained, they cooperated and established trade routes, but they also waged war against each other and tried to conquer the entire sea – to create empires. But these empires fell quicker and easier than they formed. None of them managed to rule the whole Great Blue Sea.

From these wars and cultures there remain many hidden treasures and powers, all across the Lands of the Sea, waiting to be discovered and retrieved. 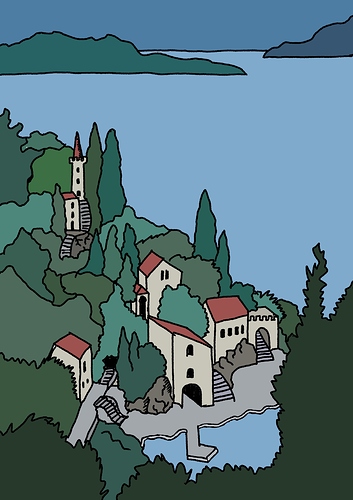 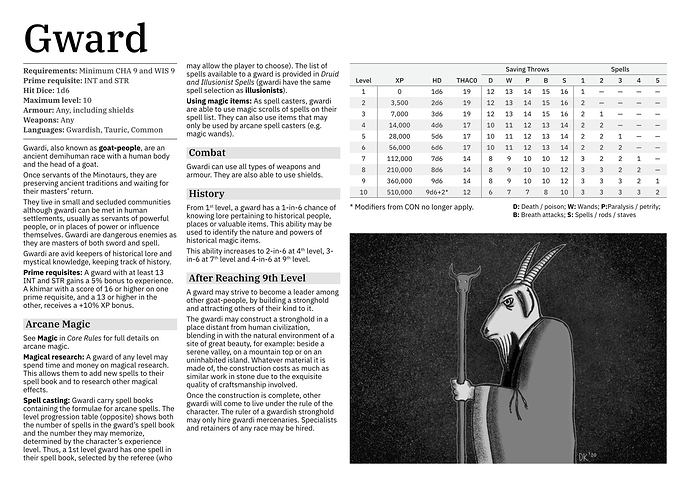 There are no elves, dwarves and other classic fantasy races in Myriad Islands, but there are the Gwards, or goat-people. An ancient and dignified race, some of the gwardi wish (and prepare) for the return of the Minotaurs. They see themselves as the guardian race of

The gwardi are generally resourceful, good at both combat and magic (they use Illusionist spells).

The name ‘Gward’ is derived from the maltese word gwardjan, meaning ‘guardian’.