The UNDYING SANDS is out now 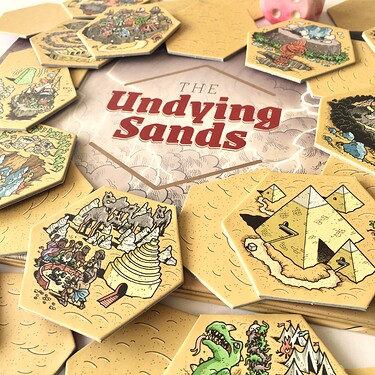 The Undying Sands is a weird desert setting in a weird format. Heavily inspired by Antiquity (Ancient Carthage, Egypt, Mesopotamia and the Greco-Roman world) and sprinkled with sci-fi elements from Mad Max and Jodorowsky’s Dune, the Undying Sands is a lost decaying civilization. Its glorious past long gone, the Sands are now a wasteland of sorts, dotted with crumbling ruins, antiquated temples, lost technology, and pristine natural wonders beyond the reach of most.

What do you get?

Put all hexes in the bag, take one out randomly and place it on the table. That’s where the characters start the adventure. Ask where they want to go next and take another hex from the bag. The map of the setting is formed while players explore the desert. Leaving the Sands is only possible when there are no more hexes to pull from the bag. 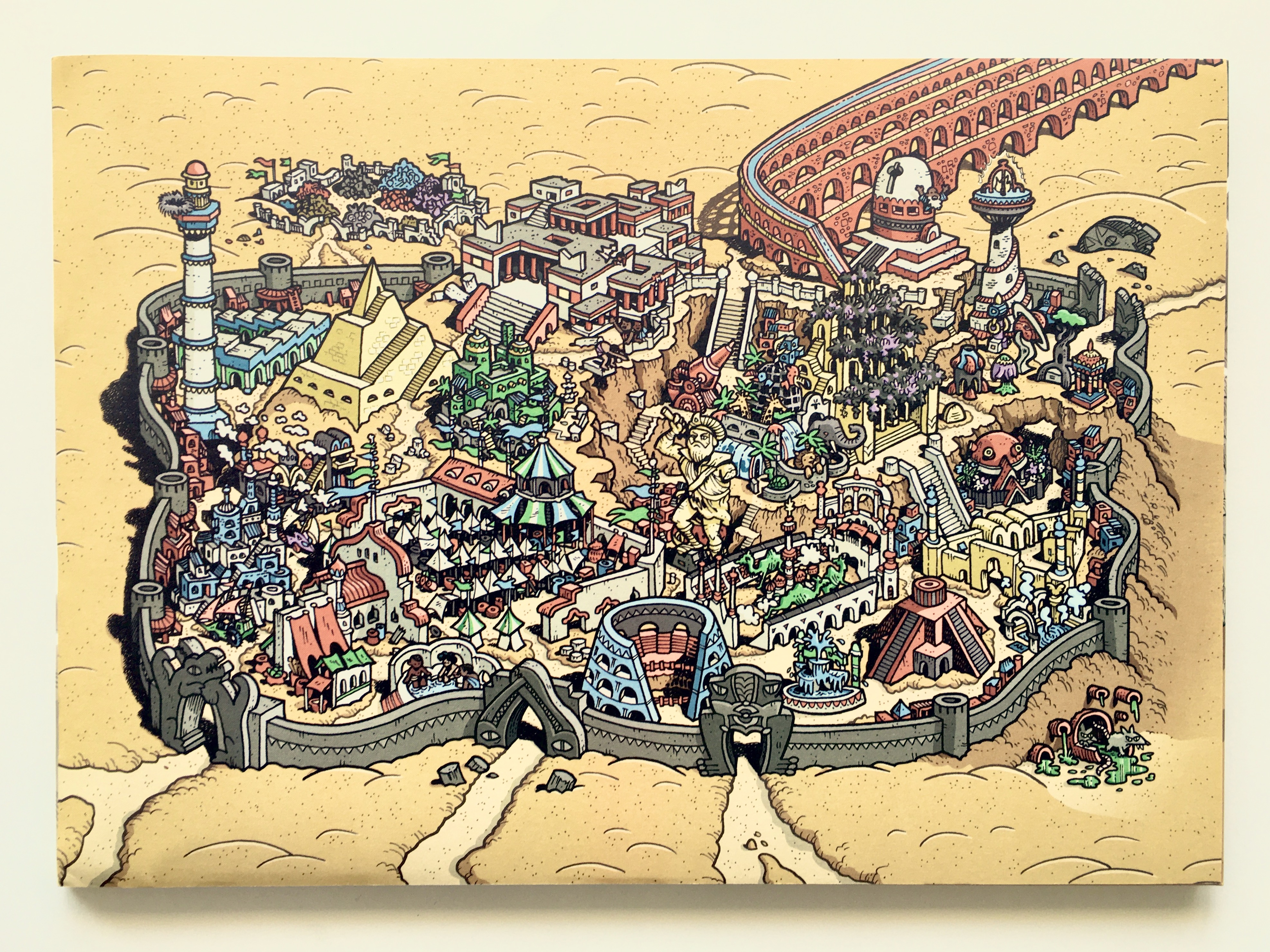 The Great City of Sand 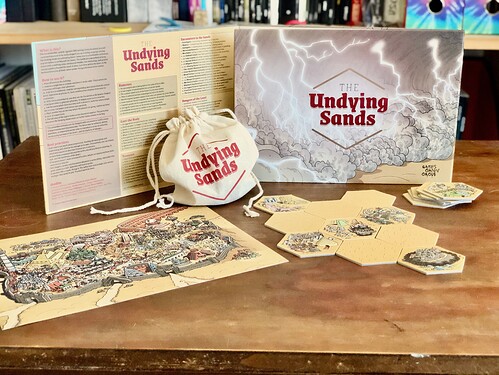 Mine is already on its way (from Europe!).