What 5e Doesn’t Give That OSR Does Instead

Ok, some thoughts about 5e, OSR and sandbox campaigning I had while DMing a campaign live on Twitch for some friends. Let me clarify that this is not a rant post. The fifth edition is not so bad after all if someone aims to run heroic fantasy adventures, but it is does not give me both the thrill and the mechanical support that OSR gives me for sandbox campaigning. I merely analyse the reason for this. 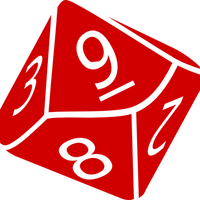 What 5e Doesn’t Give Me That OSR Does Instead

I have been DMing a D&D 5e campaign in Italian. Precisely, on the Twitch channel of a dear friend of mine who wanted to switch the focus of the livestreams from video games to tabletop role-pla…

Thanks for sharing your thoughts of comparison between B/X and 5e. They are more valuable because you are using them both simultaneously, rather than criticizing one without playing it, as most seem to do.

I think you are right that 5e is aiming at heroic fantasy. Personally, I don’t like the inflated hit points and the extremely fast recovery rules in 5e. When it comes to players making “dumb” decisions for their characters, though, to “stay in character,” I think that this is a matter of taste depending on personal goals of play (the balance of gaming versus role-playing). There were players playing “dumb” characters to bring their low INT scores to life already in 1974-75, and it was a matter of debate back then (hence not an issue that can define “old-school” play).

Thank you for sharing your thoughts, me and my 5e DM share some of the same opinions as outlined in your blogpost (though he has been able to work around the system’s flaws to make the system for usable for what he wants to run and what I want to play).

My main hang up (and is highlighted in your post) is that 5e lacks any hexcrawl and dungeon crawling within the base game (or having a clearly defined procedure for using the tools within the DMG). This hang up is amplified when you have classes like Ranger who require hexcrawl rules in order to either truly function with their basic features or really do anything beyond the “I shoot my bow at X monster to do Y damage”.

Reading through your thoughts on the skill system, I agree with you on how it’s general function doesn’t really help itself, help the player take advantage of what they can do through their own ideas and actions without either lessening the risk of failure or taking the rolling step out. There is still the reflex to try and roll to see if the task can be completed rather than how long it should take.

I feel like some of the changes we see in 5e versus what is seen in the OSR is due to the material and stories we are reading, watching and writing. What I mean by this is most people now a days (including myself to an extent) are consuming media that is heavily character driven with lots of backstories being the driving factor in the stories. I’ve noticed a lot of players are consuming Anime and manga, watching Lord of the Rings, or reading fantasy where it is not uncommon for the characters to be heroic and go on heroic adventures rather than “I want to get this treasure just cause I want it for my own wealth” or going for a more grounded goals that would enable the Old School treasure seeking types of characters.

This is a side thought, but I might have to try to sit down and hash out my own thoughts on the media being consumed by players and GMs and the kinds of games being played and planned since I’ve noticed it in my group.

This hang up is amplified when you have classes like Ranger who require hexcrawl rules in order to either truly function with their basic features or really do anything beyond the “I shoot my bow at X monster to do Y damage”.

I’ve seen it said before, too, that the ranger simultaneously makes hexcrawling impossible because its abilities remove any challenge of traveling. Copy/pasted from DND Beyond:

While traveling for an hour or more in your favored terrain, you gain the following benefits:

It’s almost like it says “Unless you’re a ranger, you need to follow hard procedures for travel.” Which is crazy since like y’all have said, they’re not there!

I agree with the point regarding the shift in the media consumed by players and DMs. In the early days of roleplaying-games, Robert E. Howard, Jack Vance, and Fritz Leiber, and the rest of Appendix N were the cornerstone of what kind of characters populated such campaigns: not heroes, but scoundrels, barbarians, and failed wizards beyond good and evil dying sometimes unexpectedly; plus, explorations and wonder were the focus of such short stories. Nowadays with games like the Elder Scrolls series, Dragons Age, and fantasy sagas like Game of Thrones or The Witcher, the focus has shifted from sandbox and exploration to character development. That is why now “sandroad” is the default assumed by 5e. Nothing wrong, it reflects the change of taste of the majority of the audience.

Tons of people enjoy — but not love — 5e because the designers have stripped away all the layers of the previous editions and went back to the lower common denominator of this family of games. However, they have ripped off as well the heart of D&D: sandbox exploration and problem solving. My feeling is that WotC is trying to shape D&D into a sort of Burning Wheel: a rule set to play any fantasy focused on characters’ evolutions and stories. Nothing wrong with that, but they are forcing on D&D a nature that it doesn’t have. At that point, if I’m looking for that sort of campaign, I play directly Burning Wheel that has dedicated mechanics. I am crazy for OSR because it has gotten the core of the D&D experience right.

LordPersi, I understand what you are saying. You have to play what you like! That said, there was a lot of variety in how D&D was used in the old days, even before I started playing. There was variation even before there were any published modules. If anything, it was the TSR modules that standardized D&D. With that in mind, I don’t think that there is a “right experience” of D&D. Players certainly have specific tastes and preferences, and they want to see high-quality publications supporting their preferences. When the official WotC D&D doesn’t fit theirs, they see it as going astray. Luckily, WotC created the OGL so that people can make D&D do whatever they want regardless of their products.

I expect that 6e, whenever that happens, will have rules to support hexcrawls, dungeoncrawls, all that, and variable rules for healing to set different modes of play. There’s one thing WotC wants: profit. If they lose some of their market, they’ll find a way to win it back. But, going back to Civman’s intelligent point, it’s hard to please different tastes raised on different media. Even the way D&D looks cannot please everybody. My hunch, though, is that they will try to cast 6e with an even wider net, as a modular toolkit. That means more books, more profit, more players satisfied with the main line of the game. I would bet money that they plan to start playtesting (or even releasing) a Sixth Edition for 2024, the 50th anniversary of the original game, when media attention will help them to cash in even more.

But, going back to Civman’s intelligent point, it’s hard to please different tastes raised on different media. Even the way D&D looks cannot please everybody. My hunch, though, is that they will try to cast 6e with an even wider net, as a modular toolkit. That means more books, more profit, more players satisfied with the main line of the game. I would bet money that they plan to start playtesting (or even releasing) a Sixth Edition for 2024, the 50th anniversary of the original game, when media attention will help them to cash in even more.

I partially agree with you that I feel like whatever 6e looks like, it ought to be centered around procedures and rules for handling different aspects of play versus just combat (even though combat is in key pillar of the game) since that is really the main flaw with 5e I see (beyond what is discussed here).

Considering the internal pressure seen within the 5e player base and the shifting design philosophy occurring behind the scenes at WOTC, I’m partial to throwing money into that betting pool for at least a playtest to be pushed out by either 2024 or 2034 at the latest. At the same time, 5e is still selling pretty well and made enough bank for WOTC and Hasbro for Hasbro to make the decision for WOTC to be directly integrated into the corporate company of Hasbro.

So, 5e is likely gonna around until the 5e well dries up and its time to develop another system (or when they get to the point the designers just get tired of working with 5e and do their own thing and pitch it to their bosses).

Edit: I found this article today that details the success of WOTC in comparison to other Hasbro properties; ICv2: WotC Makes More Money than Hasbro’s Toy Business

I feel like some of the changes we see in 5e versus what is seen in the OSR is due to the material and stories we are reading, watching and writing.

Agree. One of the reasons I steered away from 5e (before I learned about the OSR) is because I didn’t like the art, the characters depicted in the book. It looked like fan art, like concept art from young adult fantasy, etc. And i’d always like more low-magic settings, and it felt like the high-magic MMO video game logic is baked into the system, as is the assumed setting (Forgotten Realms, is it?).

So yeah, to me (90s kid) fantasy is Hero Quest (the board game), 90s Warhammer, Heavy Metal magazine covers, old video game art, Conan, Game of Thrones (the show), pulp covers, and recently, old D&D. A bit grim, bloody, sexy, harsh, sometimes cartoony. I see how new players might be into other stuff

I wonder to what extent some of the issues you highlight are a result of the popularity and general medium of streamed games with the presence of an audience as opposed to being part of 5e, thinking particularly of the backstory, sandroading and deliberately unwise decisions (though that last one is probably exacerbated by the fact that in 5e you’re far more likely to be able to get away with poor choices, deliberate or not).

I’ve been in 5e games where these were issues, and in games where they haven’t been, with a medley of various groups, and I’d say there was a correlation between the amount of emphasis they placed on the narratively performative aspects of 5e and how old 5e was at the time they came out.

The earlier groups, made up both of people who had and hadn’t played RPGs before, and which came together before streamed games were a big thing beyond a few episodes of Critical Role, were much more likely to start with 5e’s suggested background options and use them as a springboard for gameplay, while the more recent groups (who acknowledge they’ve watched lots of streamed games, even though our games are not streamed) have had the backgrounds be the gameplay, in as much as every decision seems to relate back to them.

I’d be very curious as to how your streamed BFRPG game feels in comparison to your (unstreamed, I believe?) OSE game!