A new kind of Cyberspace

I was listening to that new Patrick Stuart Interview and thinking about Veins of the Earth for the first time in a while. I appreciate how well-balanced Veins is in terms of being a literalist re-imagining of the concept of the Underdark, while also being Weird on its own terms, while also creating mechanics for the logistics of traversal that reinforce the themes of this reimagining.

While the logistical/mechanical parts don’t necessarily appeal to me as much personally, just having them in the text informs how I think about and would theoretically run a game in the Veins of the Earth.

In that regard, I was thinking about what other kinds of sub-settings could be similarly deconstructed and reimagined. The ones that came to mind most immediately were deep ocean, naval, or space settings, but as I said, I don’t personally get too passionate about the logistical side of things, and I don’t know enough about naval travel, space travel, or deep-ocean ecology, nor do I have enough interest in doing sufficient research to design such a setting, or at least not at this moment.

However, I am a software engineer, and specifically a machine learning engineer, and before that, I was a cognitive neuroscientist, so I am passionate about data, code, AI, brain-computer interfacing, and to a lesser extent virtual reality, etc., so this is a setting I think I could work with.

One thing to avoid would be to require players or GMs to know how to code or try to teach them how to code (besides maybe the absolute basics). There have been video games that have tried and mostly failed, it creates a barrier to entry, and it just seems like a monumental task. The closest I would want to come to this, and the most successfully this has ever been done that I know of, would be the under-appreciated tabletop RPG Cryptomancer, which did a brilliant job of integrating crypto-analysis and sysadmin concepts into a fantasy setting (among other things), or Black Hack: Cyber-Hacked, which had a really elegant cyberspace/matrix mechanic (much less complicated than Shadowrun!).

This is very much a kernel of an idea, I’m more so asking for suggestions or thoughts than anything else, I have no plans at this time and plenty of other things I’m working on that would take higher priority, but I may as well put this out there now and get some feedback and let the thought simmer.

Almost by definition what this would entail would be a deconstruction and reimagining of the concept of “cyberspace” or “the matrix” as it is often conceived in tabletop RPGs. But in order to do that effectively, there needs to be a baseline, some shared understanding of what cyberspace is and what it entails and how it should work, so that it can be subverted in meaningful ways. Or maybe not, but it might still be interesting to think about.

Not to think too much about it, but I think treating the cyberspace as a metaphor or literalization of social relations goes a long way to make the conceit more believable (maybe not believable per se, but relatable). For instance, The Matrix is about escaping the automatic motions of the post-Fordist society, not to mention it being a metaphor for the Wachowski sisters’ dysphoria as a relationship to their body.

So, I think a game about navigating the cyberspace should try to make similar parallels between the artificiality of the digital world and that of the human experience in general. You mentioned that asking players (incl. GMs) to learn coding is asking way too much, but you can relate code in the game-fiction to the role language plays in generating our social realities.

It would be interesting then to see how the connection between coding and human language would work in the game. Are characters who are good at hacking also good at social situations? Are these two ‘languages’ thematically opposed?

really silly. sillier than almost any single fantasy concept in the history of thought.

hallucination shared by more than one. many television shows have done this sort of thing successfully. to the extent that this approach works it’s basically similar to the Sidpa Bardo.

cyberspace as a “world” of its own should be like inhabiting a game world so really it is adding another layer of roleplaying. the problem then becomes that if a game is already being run poorly it will be run even worse with another layer.

run it as a separate game within a game, albeit one with more structure and “rules” but also far simpler interactions and resolutions.

Or, make it akin to a mystical experience where the ego dissolves into an illusory godhead. 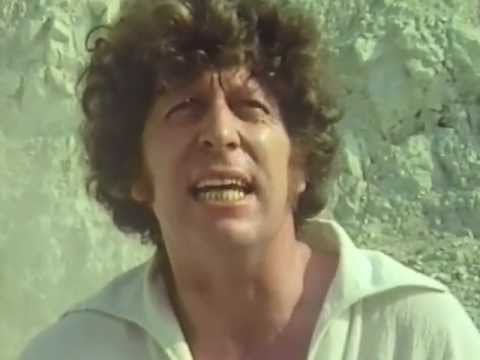 run it as a separate game within a game, albeit one with more structure and “rules” but also far simpler interactions and resolutions.

I don’t think this has to be the way! Especially if we’re thinking about a situation like The Matrix where most of the activity takes place in the cyberworld. It might be easier just to handwave the real world until it becomes relevant, and treat the cyberworld as any other fictional game world.