Alice - An OSE Class Based on the Red & Pleasant Land Class

My players are heading into Voivodja soon so I hacked the Alice class from LotFP into OSE. Results posted below. 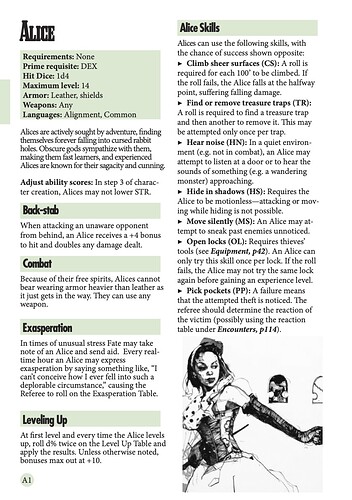 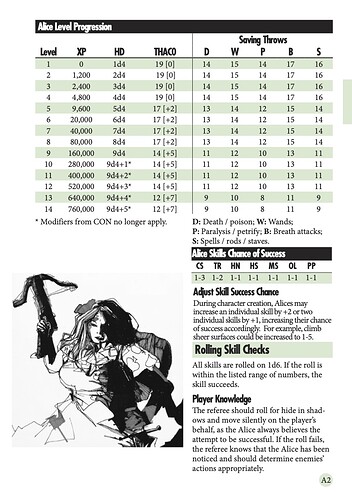 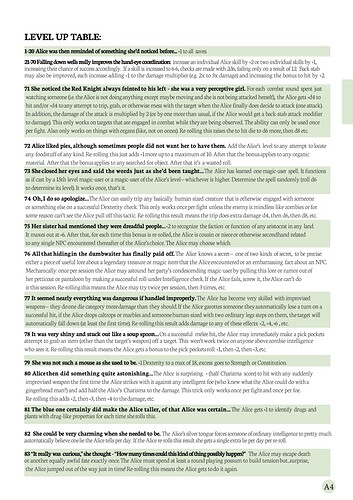 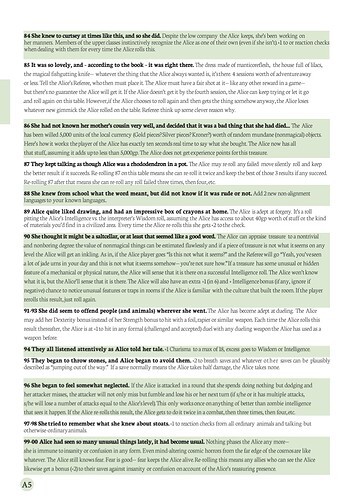 Thanks dude. I don’t know what details are involved or changed but it’s nice of you to do the work and editing.

I copied the thief page, but adjusted the hp scaling for magic user, edited the flavor text, removed the thief features (outside of skills) and added the Alice stuff. I reworded it all from “thief” to “Alice,” copied the book art and then made it b/w rather than red tinted, then I adjusted the thief skills to be d6 rather than d% rolls, adjusted their scaling based on a hybrid of LotFP and what OSE had for thieves and then added a quick +2 ability rule to make that mechanic carry over, then edited the tables to change nomenclature and mechanics over to OSE - (e.g. “back-stab” instead of “sneak attack,” “pick pockets” instead of “sleight of hand”). I removed all charisma checks in lieu of morale checks, tweaked all those things and removed “if you use a system with” wording to make it fit OSE exclusively, and then changed the table colorings to green from red and added the page numbers and sidebar things so it fits the layout.

It’s not great how the tables are just pages but it’ll work for my players and that’s the extent of the work I wanted to put into it.

I also didn’t edit the writing style, which I think could have used a scissors in some parts or tweaking, but that’s his style and I mostly just left it outside of mechanical changes.