“An interesting, tidy, and straightforward adventure with a very fun infection mechanic.”

Fermentvm Nigrvm Dei Sepvlti, authored by Gord Sellar, and outlined Jacob Hurst, is a straightforward adventure that has a lot of careful detail applied to the environments, the history, the special items and the nature of the affliction that has torn apart the setting; an Abbey turned brewery that has recently had infighting over their special “beer”.

The level design is functional and has some branching areas to explore. It consists of the abbey grounds, the abbey itself, the abbey’s brewery, and a subterranean Catacombs that serves as the final dungeon. I found that it has pretty normalized encounters; there aren’t really any surprising challenges in the form of monsters or creatures. What has been present in many LotFP adventures are realistic and supremely dangerous encounters that need to be avoided to arrive at success; this adventure lacks this. It shouldn’t therefore be too difficult for any party of adventurers to overcome these challenges. Fortunately (unfortunately for the players), the player characters can get afflicted with the feature mechanic of the adventure; the Black Yeast ridden beer that the abbey makes. You see, the yeast used to make this beer is actually an alien parasite that has learned to rewire the brains of any who drinks this beer. After being exposed to this beer, the player character will get a random card for each exposure point. These cards start out fairly benign but eventually lead to the player character becoming an NPC subservient to the alien black yeast. This mechanic is how the adventure acquires it’s “non-linearity”; the player characters themselves have a risk of becoming the main threat to the party.

The monsters are all essentially stat blocks that don’t have unique actions or attacks. Apart from some of them being able to advance your infection of Black yeast, they feel mostly like reskins of the same monster. There is one encounter that defies this, where two infected use the brewery itself to do environmental damage to the party. This does help counter the “stat-block” feel of the monsters. While this is true, it is quite easy to insert more variety yourself as a DM.

In spite of all the unique challenges of the dungeon, it seems like a pretty safe encounter that won’t punish lazy roleplaying or adventuring. There is no catastrophic threat to avoid or worry about, beyond the infection. Because of this, the adventure may feel quite safe to the players without some modification. However, because of all of the moving parts, especially the infection mechanic, while this may be an easier adventure, it will be far from boring.

The layout of the adventure is done by Jacob Hurst, and his unique way of dynamically generating “living” encounters is present. Very much like his adventure “The Dark of Hot Spring Island”, there is a random table for some of the encounters in this book that tells you what the monster\threat is, and what it is currently doing when you encounter it. This creates the impression that the encounter naturally emerges from the world and works to generate emergent storytelling for the players.

The factions are simply you, the uninfected monks who want to get rid of the black yeast and the infected monks who wants to protect it. What adds spice to this is that while you may start off uninfected, you may slowly have players become infected and switch sides. The roleplaying opportunities here become quite interesting and unique. It may very well be that by the end of the campaign your players are permeant thralls to the black yeast and must continue on with their adventures with the possibility of being called into service later on.

The art is clear, detailed, and able to convey the entirety of the adventure. The maps are gorgeous and effective; you can pull them straight out of any Pdfs you own and place them into roll20 or some other online tool. The writing is clear, except when it tries to emulate old English to keep with the “theme” of the setting. This made it a bit unclear, but they accounted for this by creative use of highlighting the key points of any paragraph. The book layout is color coded and this helps navigate the dungeon quite easily. It could be read within a few hours and then prepared on the fly immediately after. The prose is efficient enough to get a detailed history of everything going on without having to digest a encyclopedia of knowledge.

I liked this adventure and consider it another worthy addition to the Lamentations of the Flame Princess pantheon of books.

For my numerical scoring, please refer to this sub-reddit post, where I go through the numerical review in detail.

Thank you for this review. It is by far the book I’m most looking forward to.
I have to admit that a few aspects of what you describe in the review certainly don’t build hype but rather diminish it (the “statblock”-only thing and that it’s rather safe besides the infection I want a negadungeon-romp to play drunk) but it is good to build expectations properly.

How many beers, do you reckon, would go well with playing this? 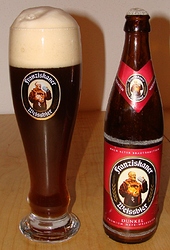 Thank you for the review, I have been trying to figure out the order that I am going to order these adventures and this helps me figure out that order. I am getting Adventure Anthology: Blood first and foremost to finish the adventure anthology trinity. From there we will see.