Usually, I share my blog posts in my Weird & Wonderful Megathread, but this is one of those ones that I hope will lend itself more to a general conversation.

I have been using roleplaying games to fuel my improv’ theater storytelling, quite a lot. That is then an art performance, by itself.
And one day I discovered solo RPGs and decided to stream my adventures…
If you’re interested, my 2 videos are still on youtube: 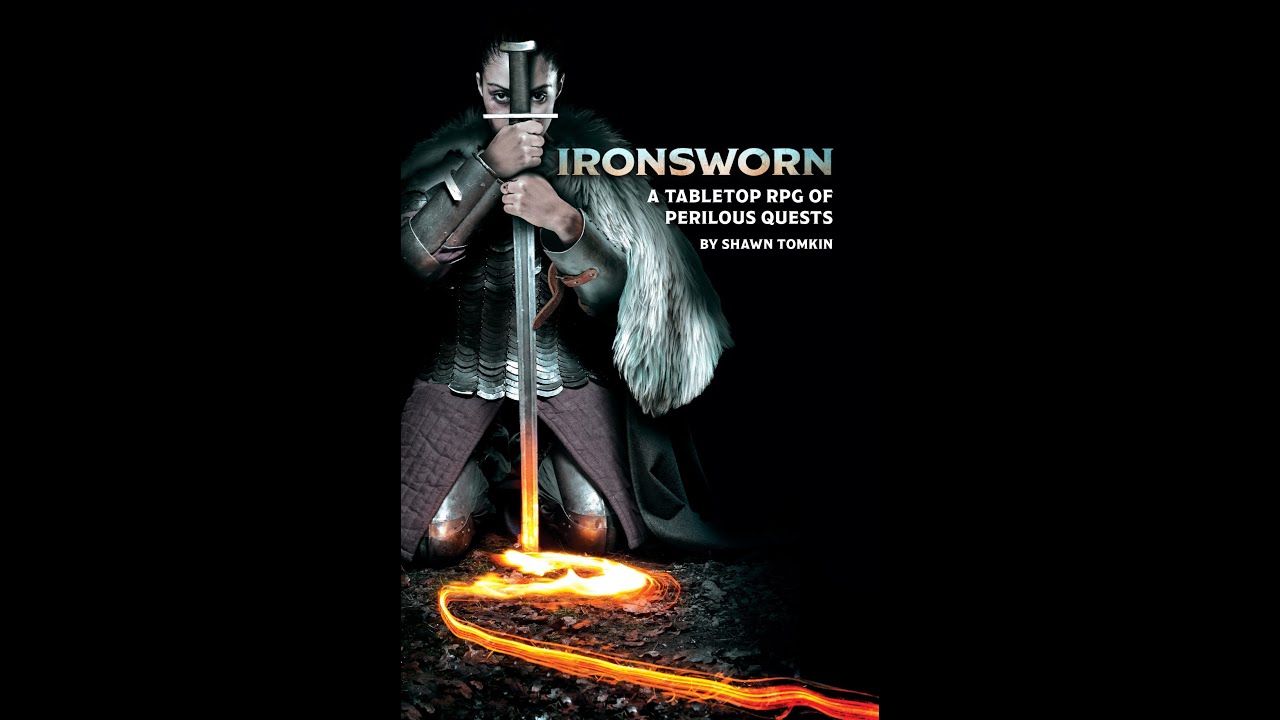 and the second performance, this time live (the first is a replay, since i was not able to make a video of the 3 first performances [technical idiot], so i re-played them, without the dice rolling and table checking) 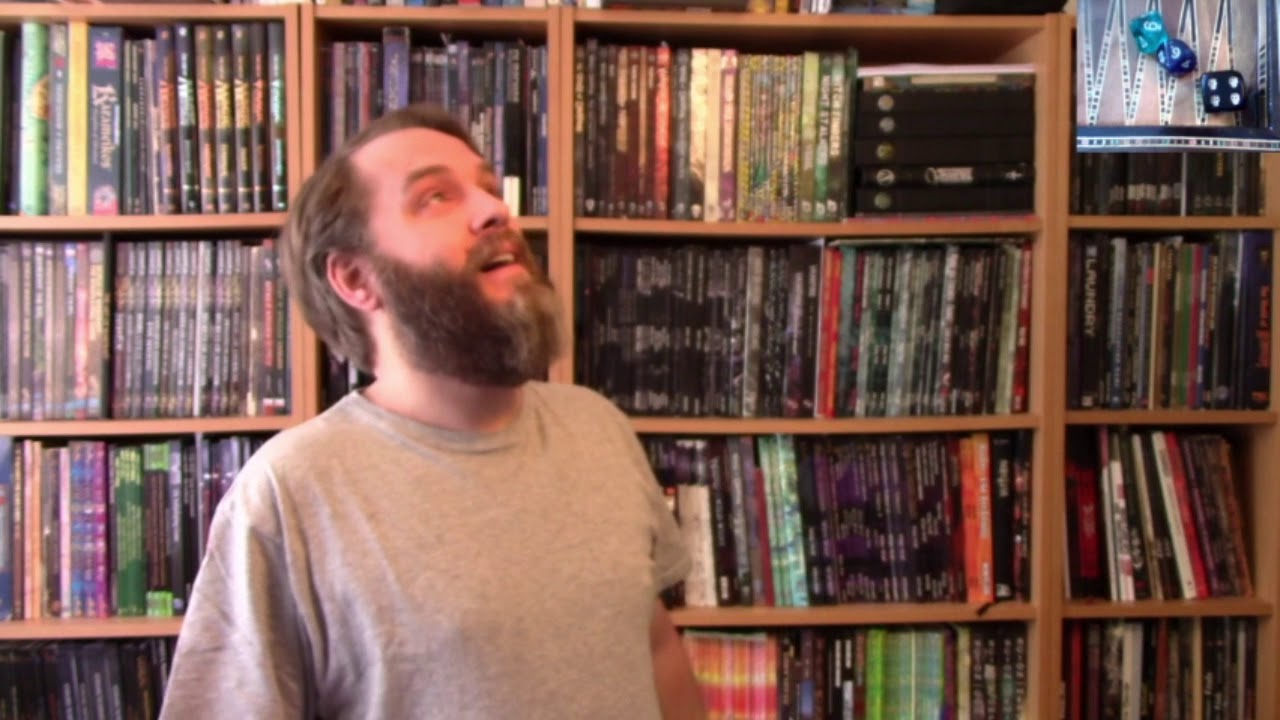 (and yes, i’m playing in front of my RPG collection

I’ll have to give those a look, thanks for sharing. I don’t think it’s a coincidence that so many improv people are into tabletop RPGs and are involved in actual plays and such.

I’m all for blending mediums, I once literally did a guided meditation session within a ttrpg campaign session, but to clarify, what I’m suggesting here is less so about blending mediums per se, as much as trying to design a ttrpg or run a ttrpg in a way that evokes that experience, or those sensibilities. That could mean literally blending the mediums, but doesn’t necessarily have to mean that.

Like, there is still a fundamental difference between a linear narrative and a “storygame” tabletop RPG, but we call them “storygames” because they are intended to evoke the experience of a linear narrative. I guess with performance art, since it is already a more open-ended concept than linear-narrative, I suppose one could argue it really is less of a distinction.

These lines can and should be blurred, I think that’s super interesting in its own right, but I think a little different than what I’m suggesting. What I’m more so trying to get at is, what do tabletop RPGs look like that are not necessarily trying to evoke the sensibilities of a linear narrative, nor simulate a world, nor serve as a logic puzzle or problem-solving exercise?

Not that these things have to be discrete, it can be a blend, of course, both literally blending mediums, but also blending these “styles”. But it’s not so much that I’m throwing guided meditation sessions into a game and that’s what makes it a “performance art” RPG; it’s that the exercise of the game is in experiencing novel, unexpected, and Weird things, above problem-solving per se, or evoking a narrative per se, or anything else.

Is this making sense?

I wonder if the readers here might understand better what you are after if you were to explain more what you mean by performance art. I don’t know much about it myself, but I understand from a close relative who creates and teaches performance art that it is a big category covering lots of things, and its definition has been contested. I get that you are saying it’s not games per se and not role-playing per se. Do you mean that it is participation in a performed event blurring boundaries between performer and audience and that induces a special effect in participants? If so, is that different from inducing “wonder” in the players, or some other sentiment? Are you after “the sublime” or something like rasa in Indian literary theory?

I’m not familiar with rasa but I’ll have to read into it, sounds really interesting.

Ya performance art is a very broad term, it encompasses potentially many more things than the “story” part of “storygame”.

In my case, I really like your phrasing of “inducing ‘wonder’ in the players, or some other sentiment”.

My key point though, is that it doesn’t have to mean it’s an actual performance art embedded within the game, in the same way that a storygame doesn’t have to be literally the GM reading to the players. We call those games storygames because they evoke the sensibilities of linear narratives, or specifically the feelings of certain genres of fiction.

Now in the case of performance art, because it’s a more broad concept, the distinction between embedding a performance art that could stand on its own into the game, vs. making the game itself like the experience of performance art or of something weird and inexplicable or whatever, is a lot blurrier, but just noting that difference is all I meant.

What I recently tried to do with Weird & Wonderful Wavelengths could maybe be used as a point of comparison. It’s a blog post pretending to be a Variety Show that asks the readers to treat it like a tabletop RPG, so in that sense, it’s like a performance art via TTRPG.

On the other hand, the games I run are TTRPGs in a more literal or typical sense, following some kind of “campaign” structure, but where the point is just to interact with it and have experiences, like a piece of performance art, but still as characters who are doing things that characters in a TTRPG do.

Let me see if I understand your meaning. Is it that you prioritize cognitive and emotional effects of the game on participants, whether they include the uncanny or wondrous or some other effect, as the kick you get out of playing, rather than (primarily) either the satisfaction of a story or winning the game? If the answer is yes, then I’d say (in answer to your original query) that yes, it makes sense to use performance art as a suitable metaphor.

I should go read your W&WWavelengths…

Ya I think that’s a reasonable account of how I’m defining it.

And also, I think this general framing could apply not just for performance art, but one could imagine any number of other gaming “styles” besides just the typical ones and this “performance art” approach, although I can’t think of any more offhand.

It’s something that I think a lot about. We get a lot of different things out of these games. I tried to compile a list of those “kicks” that had been discussed before by others.

I think immersion is one prized component of play, though, that this list does not address, because immersion overlaps with the individual’s (unconscious) goals of play, and it probably has more to do with states of attention and focus instead.

I guess that you will be lucky to have players who appreciate your goals. Better to lure them in with games and stories and then to give them an unexpected treat (though some may resent it).

Just read (reread? I think I’d read it before…) your Kicks post and it’s a really excellent review of the history of the “taxonomy” (?) of RPG “Kicks”. I also like the way you put them all together in a table.

I say in that blog post but will repeat, not a single one of these category systems for TTRPGs has been properly tested using the methods employed by social science (except for the time I tried to do a GNS study and a bunch of people who don’t understand statistics gave me shit over stuff they don’t know the first thing about but I’m not even going to get into that…), so as far as I’m concerned we still have not left the hypothesis stage, so I don’t put too much stock in any one interpretation of these things, including my own, and I feel like your analysis and table is in the spirit of that.

I think your “wonder of discovery” Kick comes closest to what I’m talking about here; I think maybe what I’m saying is still a little outside the bounds of any of those, but that might just be me nitpicking for the sake of self-importance, but anyway these kinds of analyses are really cool and interesting, so thanks for sharing this.

Imagine scientists studying us gamers and how we respond to our games, to create the “scientifically perfect game”! That said, I think you are right: we need to pay attention to the few statistics we can get about how this hobby works. Surveys of what people like in RPGs seem to suggest that we are not all after the same thing. One reaction could be to insist (with the Forge theorists) that each game should cater to one kick. Another reaction, though, would be to make games to accommodate as many kicks as possible.

I am like you in preferring the kind of immersion and events that create a sense of wonder. Then we can divide the kinds of wonder into another typology, and go from there… Or, I guess, we could just play games the way we enjoy, and not think about it!

It’s hard not to want to engineer the most satisfying experiences.

It’s not even about using research methods and stats to “make the perfect game”, at least not for me, it’s just about understanding it in a systematic and reliable way. I was always more interested in basic science than translational or applied science, you have to set that baseline level of understanding before you can do anything else in any kind of reliable way. But anyway, that’s a whole conversation in its own right haha.

I agree with you entirely! Maybe one day we will have that conversation. I wish I could think about this all the time, with “laboratory” work consisting of running games of different kinds.