The Octo-Planetary Blade of Somnambulistic Benificence. That’s quite a mouthful. And “beneficence” is spelled incorrectly. Anyway. Jeff Rients, longtime contributor to the OSR scene, working in conjunction with Lamentations of the Flame Princess under exclusive license, brings us this promotional item released, in part, as a fundraising effort. Getting a copy wasn’t easy - one needed to purchase the four other new Lamentations products Adventure Anthology: Blood, Big Puppet, Fermentvm Nigrvm Dei Sepvlti, and The Deck of Weird Things. If you were one of the first 200 to order, a copy of this product was be thrown into your goodie-bag.

So what is it? Is it worth tracking down with no PDF copy available? That depends.

Lamentations of the Flame Princess is known for their high quality printings. The Blade, which I’ll now be referring to this booklet as, is no exception. Lavishly printed in a beautiful silvery-mirrored finish in an A5 format, this full-color, high quality product features 24 gorgeous pages including covers. Holding it is akin to what a character must feel when they uncover a magic item - it will definitely have a presence at the gaming table. Parsing through it is a joy, and it feels amazing to hold.

As far as how the 24 pages are utilized, the answer is form took priority over function here. Many pages are simply planetary or space photographs. But they sure do look incredible. The only real negative to how this book is designed is that the mirror finish is inherently fragile. The smallest bits of sand, dirt, or crumbs will scratch the finish and be visible, so care must be taken if the idea is to keep this product pristine.

So what is The Blade about? Put simply, a magical item. The content within these 24 pages is an elaborate telling of an, eponymously named, magical sword. The first page is a history of the weapon, the next two describe how it works, and the remaining delve into the various planetary shifts and how it affects the sword’s powers.

In essence, while the blade is in the possession of a PC, there’s a chance during sleep of the character having a strange dream. When these dreams happen, roll a d8 (hence the “octo” in the name), and refer to the page of the resultant planet the roll indicated. Then, roll 2d6 on the table listed on that page and ad-lib a dream with themes from the results. Once the dreamer awakens, the blade will be imbued with a unique power based on which planet was rolled:

Half the fun of the blade is figuring out exactly what it does based on the dream, and there are various rules and tips included within the booklet on how a player can do such a thing. In addition, if the player figures out the relationship between the dreams and the sword’s powers there’s a possibility that they can help guide their dreams to the desired results. Furthermore, if the player expounds on that discovery and then ever wonders aloud whether or not their dreams are physically affecting the planets above, a surge of eldritch insight has a chance to obliterate their brain. Simply awesome!

The Blade is short and sweet and the rules within are not complicated. There was no real reason to include a table of contents or leverage inside covers here; although I do wish that a copy of the planetary table was listed in an easily accessible location in addition to being found on page two; including page numbers for the various planets on the table would have been a good inclusion as well.

Understanding that this booklet is a limited edition promotional item, it still would be benefitted by a PDF version, even if that version were only available for those who were lucky enough to get a copy. As mentioned previously, the mirror finish is easy to scuff, so the less physical handling needed the better and, when not being directly used at the table, it would be preferable to have this viewing option available.

So, is The Blade worth tracking down? Probably not. The net-net of it is that this was a promotional item available as an extra incentive to try to kick-start Lamentations of the Flame Princess’s fundraising attempt. Is it badly written or low-quality? Absolutely not. It’s just a little light on the content for what you’d have to pay for it. Knowing what you’re getting here is important, and at the end of the day it’s just a singular magic item designed to bring a little fun to the table. That said, this booklet succeeds at what it attempts to do and then some - it is a showpiece. And a beautiful one at that. It is undeniably dazzling, and is sure to bring interest and wonderment to the players who get to see it used during a live game.

As this booklet isn’t readily available, please have a look at the video version of this review for a rare glimpse of it: 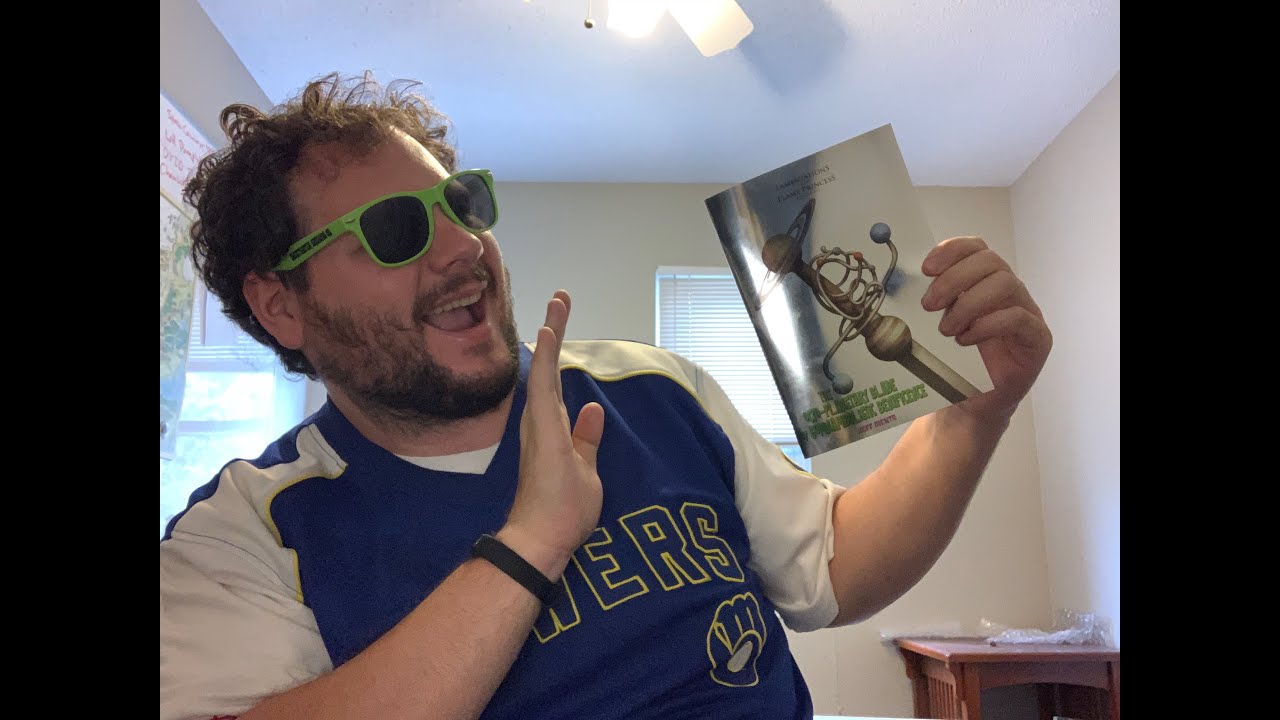 I’m still kind of scared to introduce this into my game. Seems like it will break it. Thoughts?

I’m of the opposite mindset - I’m going to introduce it right away. I have a player in mind, he loves garish clothing and the hilt on this rapier will definitely draw him to it.

The chances of it breaking your game are low, but present. The item only activates in a 1-in-6 chance every time you sleep and the power lasts until that character sleeps again, so it won’t be active all the time.

Then, once the power is active, the player won’t even know exactly what the power is unless they discover it through accident or experimentation.

The player can sever the universe with a very small chance, but isn’t weird and wacky stuff like that why we love the OSR anyway? A chance to go off the rails into uncharted territory?

My main worry with the weapon is that because it doesn’t have any basic + mods that, even though it’s magical, without knowing what it does my player may just toss it in favor of a +1 sword without uncovering its abilities. That’s why I slated the stated player above as the target owner, as I’m sure he’ll hold onto it for posterity’s sake.

How would a game break?

I ask not out of naivety, I genuinely ask because, most of the time, when people say a game breaks when you introduce something new, I don’t think they mean it, but that they are repeating Gary Gygax’s infamous words about the right and wrong ways to play AD&D (it is wrong to introduce something not approved by Gygax Inc. because it will break your game and you won’t have fun). This is, of course, Gary being a douchebag.

But James Raggi has proved once and again for the last decade that games don’t break when you introduce extraneous elements.

I am confident in running anything. I’ve played so much lotfp. Breaking the game I guess what I mean is having to up the ante. Maybe a learning to curve to balancing things out for them. Encounters and what not. I have introduced the holy rod from lotfp before and that wasn’t breaking anything

Stay tuned for the zine

Breaking a session is probably more what I meant to say.