This is an old (2007) post, which then prompted the author to create a Dungeon World hack (so not strictly OSR), for a more OSR experience: Freebooters on the Frontier.

I’ve been running a game of FotF since the lockdown started, and I’ve found out that a lot of its ideas (like the world generation) are really interesting. While it’s not 100% my style of play, I’m going to steal ideas from that because some things are just so nice. One thing I’d love to try is this kind of party set up (I’ve been trying to do something similar with Ars Magica for years, now, but it seems nearly impossible to find enough players) - this is something I would love to try both as a GM and as a player.

EDIT: I’ve broken the link because it loaded unsafe resources which might reduce this server’s security. The relevant discussion can be found here

I’m actually running a West Marches campaign using Knave right now! Discord and Roll20 are a potent combo for sure, though I’d say only 3 of my 8 players are truly engaged.

Jason Lutes has free beta documents available for Freebooters on the Frontier 2e. It has some great stuff in it, particularly the dungeon generation tables.

The world and dungeon generation procedures are just gold, even considering that the dungeon tables require a lot of time to create a dungeon (but, since I am both very lazy and a programmer, I’m trying to automate the room creation part to speed it up).

I just started my own West Marches style campaign, found this old thread to post this under. I currently only have 4 players (a low number for a West Marches game!), but we have really difficult schedules, which is why I wanted to try this style of play.

I’d given out about 5 rumours and story threads by the end of the first session (for which I had detailed two different locations, so they had a choice at the start). All characters also receive a personal rumour, which they can use in their backstory. One player got a treasure map eventually leading to some burial mounds, one player knows of dwarven ruins and has an old key.

The village has an inn, a shop, a merchant who buys valuables and strange items, a blacksmith. There’s a fortune teller in the inn, who can give some cryptic advice for 1 gp. The PCs pay 5gp per week for their room, during downtime.

The first session was played over video chat, using discord to share handouts, images etc. We used zoom (which unfortunately has a 40min group chat limit, after the first trial session) which was great because I could turn off echo cancellation etc, and stream Spotify to my players. It went great! 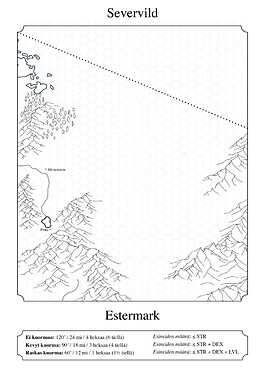 We rolled up characters, introduced the town and a had a small adventure, delivering supplies to a hermit mage, living in a cave on a mountain. The players took to the mapping super well, and actually ended up drawing their wilderness map pretty close to my Referee map. 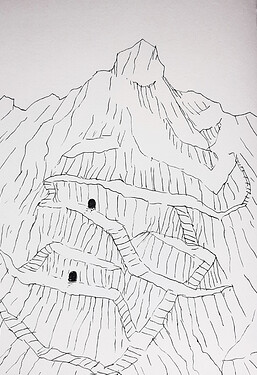 The PCs climbed up the mountain path, dealt with some Rock Baboons, rescued a sheep herder and chatted with the mage. They found some more caves, which they did not have time to explore this session, and learned the Rock Baboons have a nest higher up the mountain. 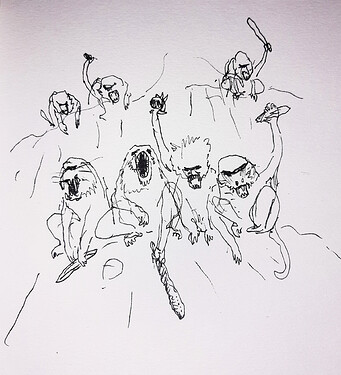 Next time, they’re investigating a ruined town. It’s one of the two locations I had already prepared, but I guess I’ll add so depth to it. I’m thinking it should have some small catacombs beneath. It’s a very vanilla setting, and I’m hoping to introduce a lot of D&D classic monsters in the course of the campaign.

I think the link issue might be because it’s http and not https.

EDIT: oh I looked at the bottom of that thread it looks like you already figured that out